From The Brighton Toy and Model Index
(Redirected from Hornby)
Jump to:navigation, search 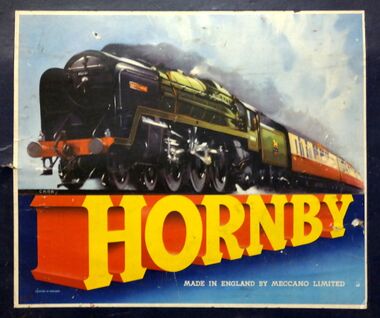 This category has the following 32 subcategories, out of 32 total.