The van has pronounced surface reinforcing girderwork, notably around the central doorway, executed in moulded plastic. 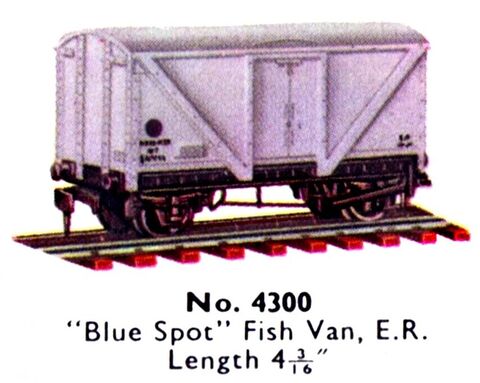 After the Dublo range ended (after Meccano Ltd. went bust), the moulds for this model were then used by Wren, and then by Dapol to make a whole range of other model railway vans, so this piece was the ancestor of a large number of other railway vans from other manufacturers.