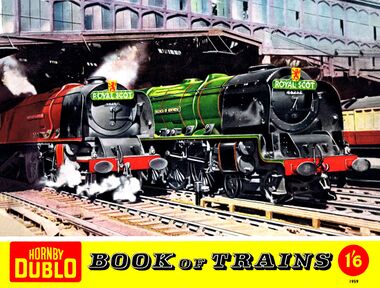 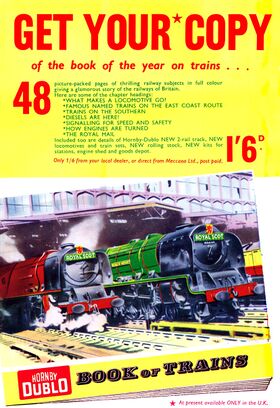 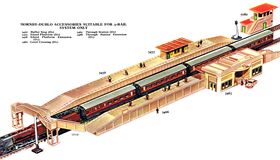 While the "Dublo" version of the "Book" retained the landscape format and the idea of a mixture of colour product artwork and information about real trains, it mixed the format up a little - instead of having central colour pages on products sandwiched between black and white articles about real railways, the "Dublo Book" was colour throughout, and mixed up pictures of real and model trains for comparison, often using double-page spreads to show an example of real railway practice on the left, and the Hornby Dublo equivalent on the right, with the Dublo graphics often bleeding across the centre divide.