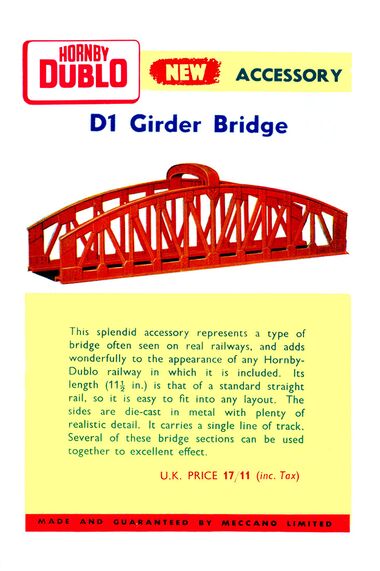 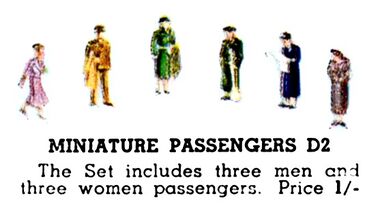 The first wave of Hornby-Dublo accessories were available when the system launched in 1938.

This range concentrated on the functional rather than the purely decorative – if many users would be setting up temporary layouts on their kitchen tables, then there was less need for permanent layout accessories such as backdrops, or "garnish" such as trees, bushes or fields (as in Hornby Series' earlier short-lived Countryside Sections range). Many of these additional auxiliary items could be made by the determined user or sourced from third-party companies, and Meccano Ltd. focussed instead on a core range of "essential" pieces such as human figures, and signalling and trackside telegraph poles and posters.

Road vehicles were represented in the Dublo range by a small number of 1:76-scale Dublo Dinky Toys.