This is a bright red standard "Hornby Series" van with a white roof and black bed, buffers and couplings, marked "L", "M", "S" with large bold white letters on the left, centre door and right side-panels, and "GUNPOWDER VAN" lettered in white capital letters on the side of the black base.

The van was introduced in 1922. Colour catalogue images from 1925 onwards have the "Gunpowder Van" lettering on the van wall side, and since the style of writing the product name on the bed side in white is usually associated with the earlier Hornby items, this piece was probably produced some time between 1922 and 1925. 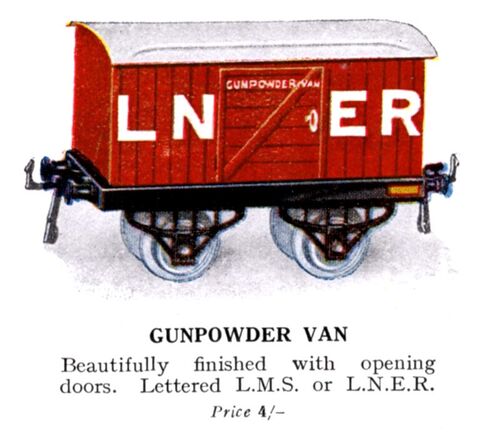