A pristine boxed electric three-rail 0-6-2 Hornby Dublo EDG7 Tank Goods Train Set (SR). The set was launched in 1938, and this "Southern Railway" example was produced in '38 or shortly after.

It's in a squarish box with an image of a red locomotive on its box lid sticker. 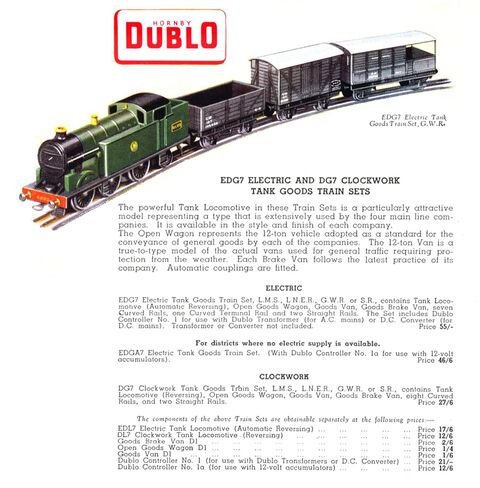