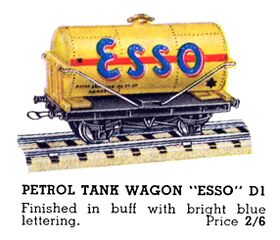 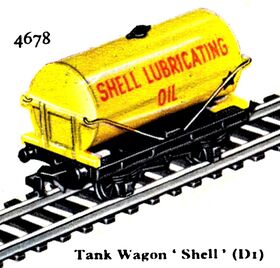 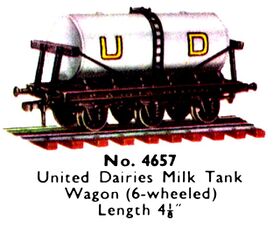 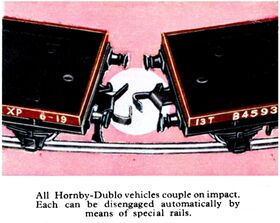 The transition from metal to plastics

The Hornby Dublo rolling-stock was initially all-metal, with diecast bogies and frames, and tinplate carriage superstructure. After [[World War Two] plastic detailing started creeping in – carriages still had metal bases and sides, but plastic ends, and plastic started appearing in minor detailing such as tank caps.

Meccano Ltd. finally embraced plastic mouldings with the launch of their "Super Detail" (SD6) pieces, which had moulded superstructure. The first SD6 pieces had exaggerated protruding detail, but the company soon began to use the new technology to produce genuinely new designs that worked better in plastic than metal, rather than just producing plastic versions of their initial metal range. The new plastics allowed realistically complex shapes for hopper wagons and for heavy-duty reinforced wagons with external struts. 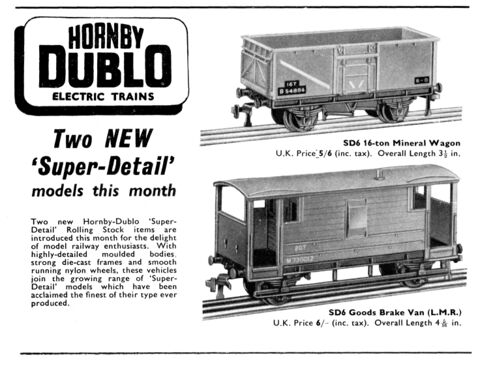 The following 46 pages are in this category, out of 46 total.