The 8F class was a good choice for a new and "different-looking" British model in the 1950s – although the original locos had been around since the mid-1930s, Meccano Ltd. had tended to model the smaller 1930s goods locomotives, and (understandably) had tended to focus on more famous and "sexy" passenger locomotives for their more complex models with larger numbers of wheels. This meant that in the late 1950s, the somewhat neglected 8F freight loco was recognisable, but still had novelty value when it came to model trains. 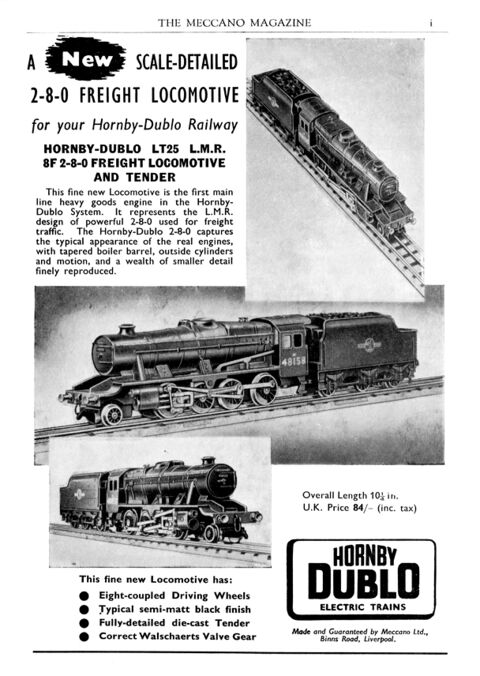 The William Stanier Class 8F (originally classified 7F) was introduced by the LMS in 1935 as a heavy-duty freight locomotive based on the successful "Black Five". 852 of these locomotives were built between 1935 and 1946, and the loco was an important "workhorse" during World War Two, with its design being used as the basis of the cheaper-and-shorter-lifespan War Department "Austerity" 2-8-0 locomotive.