1950s: The Airfix "Products in Plastics" logo in use in the 1950s, often in dark blue (see, e.g., the "Cutty Sark" kit packaging opposite). Airfix were at this point still pitching themselves as a more general-purpose plastic goods company. [image info] 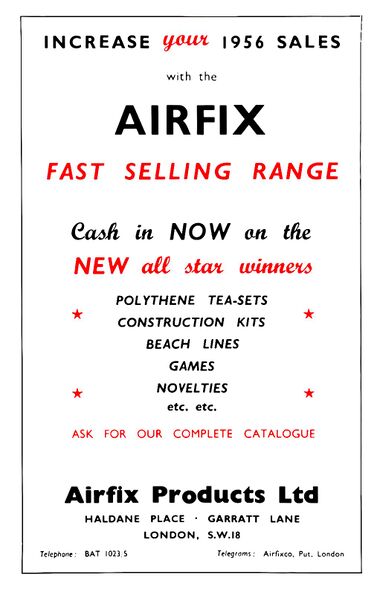 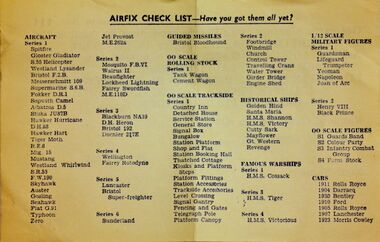 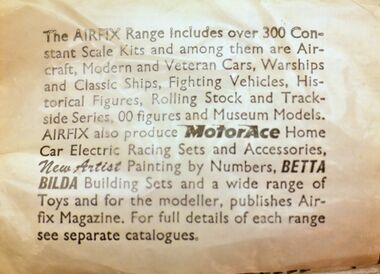 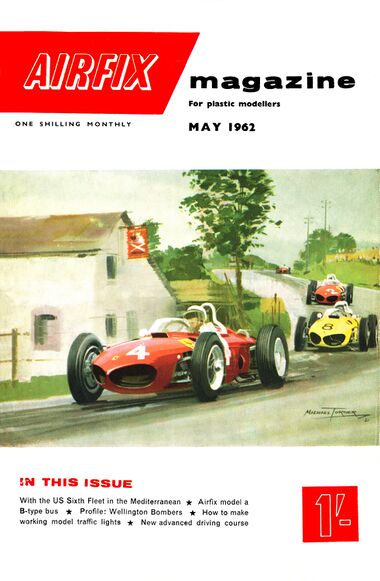 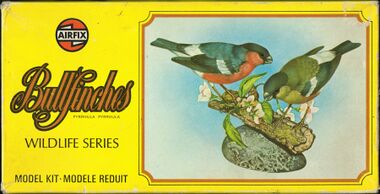 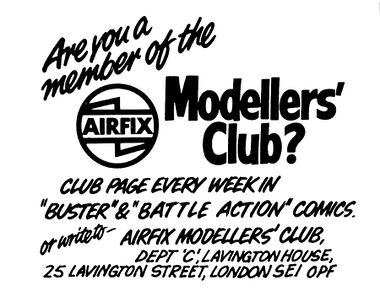 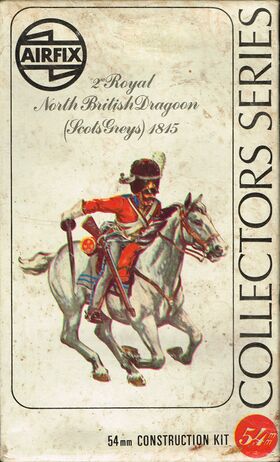 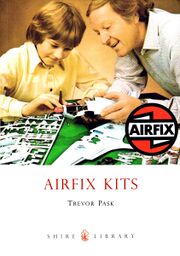 Airfix was founded in 1939 by Nicholas Kove, to make hollow rubber toys and novelties, and when rubber became scarce because of wartime demand for tyres for military vehicles, Kove switched to using plastics, and then to injection moulding.

Although the name is now synonymous with model aircraft kits, and it would be reasonable to assume that this is what the name stood for ("air-fix"), the name was actually a reference to the air-filled rubber building blocks (and toy ducks and other novelties) that the company originally produced.

In 1949 the company produced a moulded acetate model tractor as a promotional item for the Ferguson tractor company, and then started selling the parts through Woolworths, unassembled, as kits.

In 1952, this was followed by a "proper" moulded polystyrene kit of the Golden Hind ship, and then the first Airfix model aircraft kit - a Spitfire Mk1 - in 1953.

However, the roaring success of these "poly-bagged" kits didn't immediately take over the company's whole output - a 1956 trade advert lists "construction kits" as the second entry for the company's output, after "polythene tea-sets"! The list goes on to mention "beach lines", "games" and "novelties, etc. etc".

It wasn't unusual for a plastics company to have different supplementary toy ranges for the Winter and Summer months ... the run-up to December would be producing toys for the critical Christmas market, while the quieter period after Christmas would be producing buckets and spades and balls and other beach novelties for the Summer Holidays. The attraction of the "hobbyist" market (exemplified by the growth of the "Hobbies" business) was that it dangled the promise of a population customers who might turn into reliable repeat buyers, and produce a steady year-round turnover.

Not a model aircraft. Part of a successful range of kits aimed at model railway constructors, the Airfix Trackside Series

This spread of adverts (mostly from Hobbies Annual) from 1958 to 1968 show the arc of the Airfix product line over the decade. The Building Sets took up half the 1958 ad, Trackside appeared in the 1959 ad, and while these three "year" ads had the same lettering for the company name, it didn't look especially like a logo.

1961/1962 have a new logo and slogan "Just like the real thing", and focus on aircraft, 1963 focuses on the new Airfix Railway Construction Kits and uses a more recognisable "scrolled" logo. Betta Bilda still has a panel in 1965 and 1966, Airfix Motor Racing is in 1965 and 1967, but by 1968, the writing seems to be on the wall for both product lines, and the advert is exclusively about plastic construction kits.

Growth of the kits range