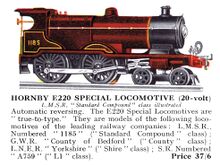 The locomotive is on the central gauge 0 layout.

The Midland 1000-class locomotives were based on a set of five locos designed by Samuel W. Johnson in 1902. Forty-five of these were built and inherited by the LMS railway, who then slightly modified the design (courtesy of Henry Fowler) to produce the LMS Compound 4-4-0 Class. One hundred and ninety five of these were then built by the LMS between 1924 and 1932.

The first of the Midland 1000-Class, number 1000 (since updated to become a Deeley Compound) is currently preserved and owned by the National Railway Museum. 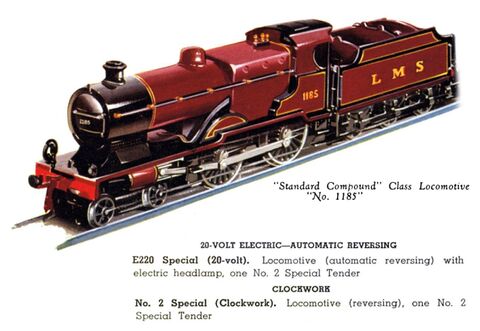