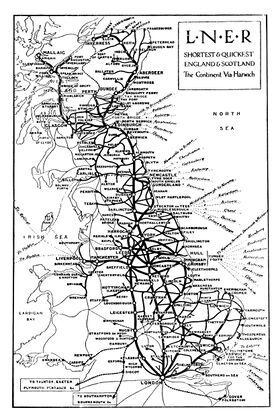 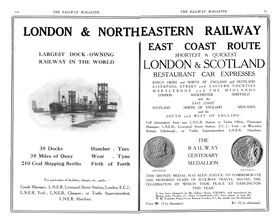 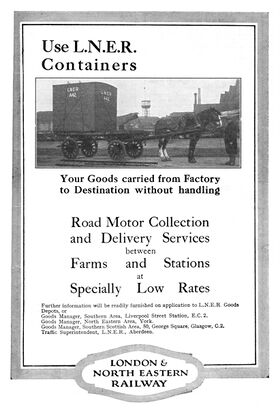 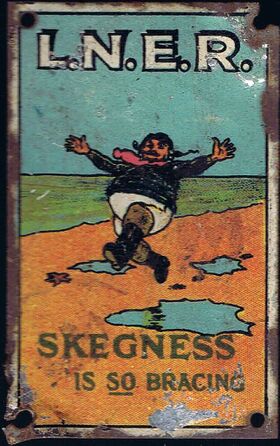 The London and North Eastern Railway (LNER) was formed as part of the amalgamation of 1923, as the second largest of the Big Four companies. Based in King's Cross, it ran up the East Coast, serving Yorkshire, Northumbria and a large portion of Scotland.

The LNER was known for its fast express thoroughbreds, and in obtaining Sir Nigel Gresley as Chief Mechanical Engineer from the Great Northern Railway. It also inherited the new A1 Pacific class. 4472 Flying Scotsman is the famous survivor of this type of express engine, and is perhaps the second locomotive in history to achieve a speed of 100 mph.

During the 1930s, Gresley designed a new class of streamlined Pacific called the A4. Designed to haul the Silver Jubilee service from King's Cross to Newcastle, the first of its kind, 2509 Silver Link, set a brief land speed record, and made the journey in the unprecedented 3 hours every day of its life. Some later A4s were painted in garter blue to haul the LNER's Coronation express train, which was known for its luxury "beaver tail" observation car at the rear of the train. It was in 1938 that the A4 4468 Mallard set a world speed record of 126 mph, which has never been beaten by a steam locomotive.

During the war, the quest for speed stopped, and the LNER found itself an occasional target of bombing raids. The A4 4469 Sir Ralph Wedgwood was infamously destroyed in an attack on the LNER shed in York, and the National Railway Museum is now built on the site of the tragedy.

Just before nationalisation, the LNER renumbered all its locos from 1 onwards. This led to some considerable difficulty for trainspotters when British Rail then added 60000 to every number, leaving every loco with an entirely different number to how they were remembered before the war!

After the end of steam, the LNER retained a special place in the hearts of enthusiasts. "Flying Scotsman" is regarded as the most famous locomotive in the world, and the NRM has devoted millions of pounds to bringing it back into steam for many years. Similarly, six of the A4 Pacifics were preserved all across the world, and in 2013 all of them were reunited in York in what was referred to as the Great Gathering. To commemorate this, Hornby released models of all the surviving locos shortly afterwards.

The following 55 pages are in this category, out of 55 total.