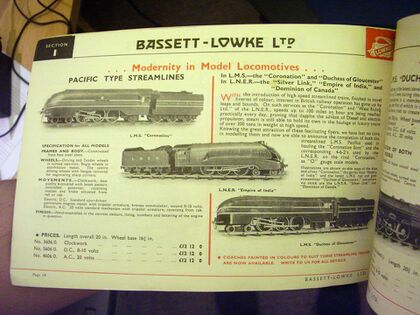 This blue gauge 0 model of the streamlined LNER A4 "Pacific" 4-6-2 "Empire of India" locomotive (running number 4490) was made by Bassett-Lowke The model was introduced in the late 1930s.

"Empire of India" was part of the same heavily-streamlined "A4" group of LNER Pacific locomotives as the famous Mallard locomotive, and had the same blue-and-black livery. Mallard holds the world speed record for a steam locomotive.

The first A4 to enter service was the Silver Link in 1935. Empire of India entered service in 1937, and was one of the locos earmarked for the LNER The Coronation train service. 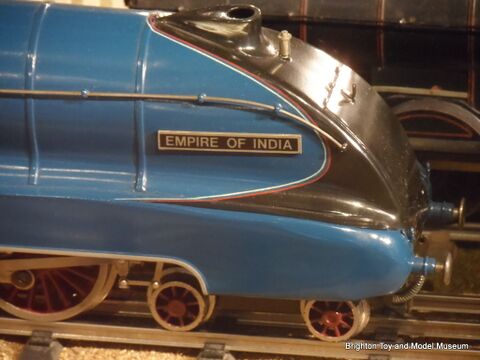