A green gauge 1, electric model "Mogul" 2-6-0 K1-class locomotive with six-wheel tender carrying "LNER 33" markings, made in Northampton by Bassett-Lowke in 1927. 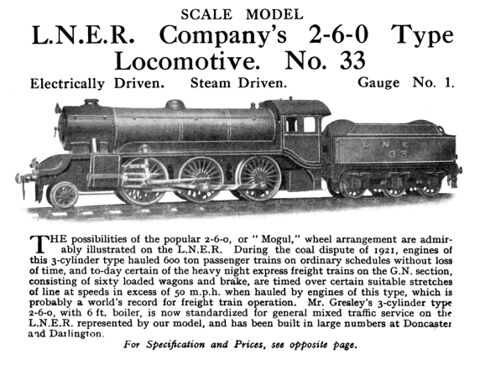 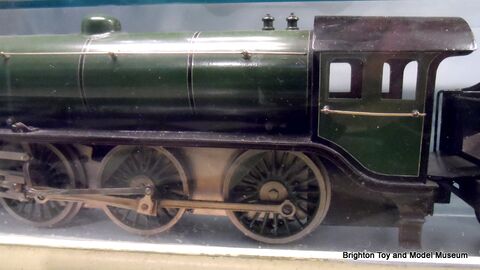 2-6-0 wasn't a hugely popular configuration, and consequently "Mogul" isn't a hugely popular term ... it did however feature strongly in Bassett-Lowke's range, as a 2-6-0 loco tends to have the same imposing look as a 4-6-2, but costs less to make. Given that B-L were often making larger-sized locos (gauge 1 and higher), the engineering and materials that went into building and fitting the extra wheels wasn't insignificant, so while B-L did make 4-6-2 models, focusing on 2-6-0 locos was a good idea.

As a result, the word "Mogul" is strongly associated with the Bassett-Lowke range, ad when you hear a model railway enthusiast talking about a "Mogul" logo, there's a high chance that they're talking about a B-L piece. 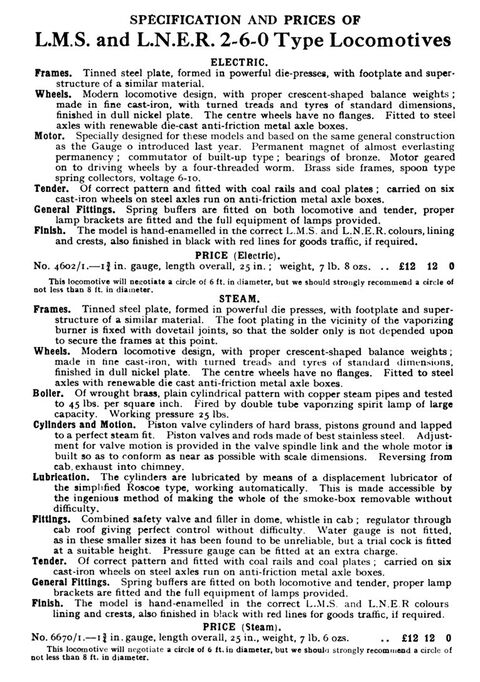 " This model is based on the ex-L.M.S. design by Sir Willim Stanier, with tapered boiler. It can rightly be described as the "Jack-of-all-trades" amongst locomotives. It is used on fast and slow goods, on excursions and relief trains and even on fast passenger trains in case of emergency. All four groups of B.R. possessed a number of these useful engines before nationalisation, and a new design is included in the B.R. standard types now in the course of construction. " 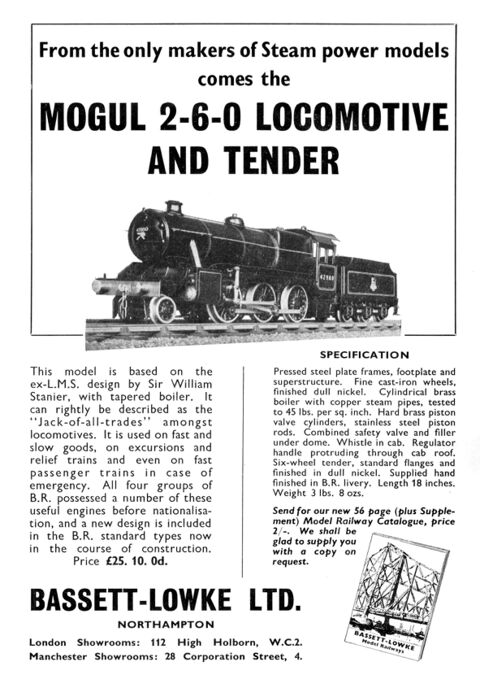