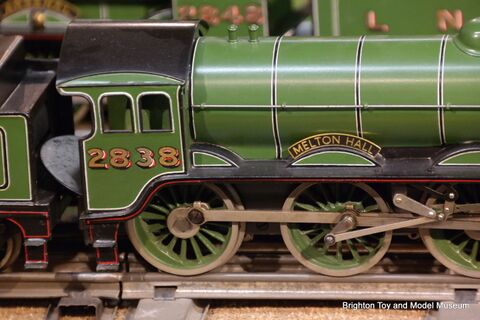 The B17 Class of locomotives, also known as the Sandringham or Footballer Class, was specified by the LNER to satisfy the need for more powerful but lightweight locomotives that could pull some of the newer passenger trains but also pass the weight restrictions in operation on some lines (previously part of the Great Eastern Railway) that prevented the A1 Class from being used.

The first ten locomotives were produced by the North British Locomotive Company in 1928, borrowing heavily from other locomotive designs such as the A1. This batch was followed by a further fifty-two built by Darlington Works in five batches between 1928 and 1935, followed by a final eleven in 1936 built by Robert Stephenson and Company.

The first of the class was 2800 Sandringham (BR 61600), locos from 2810 (Honingham Hall) onwards were named after halls, castles and abbeys, and from 2848 (Arsenal) onwards after football clubs.