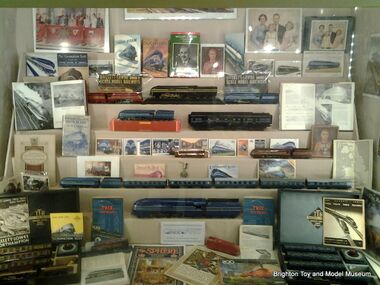 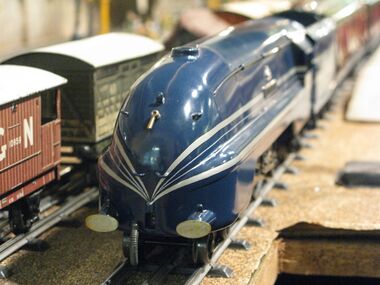 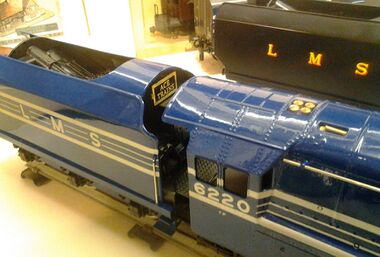 Coronation Scot at Brighton Toy and Model Museum was a special exhibition that took place through November, December 2012 and January 2013 to mark the 75th anniversary of the introduction of the Coronation Scot train and of the "Coronation Class" locomotives that hauled it.

A full nine-carriage Bassett-Lowke gauge 0 "Coronation Scot" train was restored and unveiled and run at the special Coronation Scot Train Running Day on November 10th 2012. Most of the rest of the exhibition was in place in early November, but this train didn't appear until Saturday 10th. The nine-car train now lives (parked) on the gauge 0 layout.

The following 28 pages are in this category, out of 28 total.