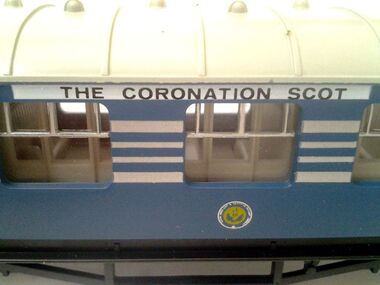 The coach is blue with a pale grey ribbed roof, with white paintwork detail, and silver stripes and silver inner windowframe detail, and a "1" painted on the two end side-doors. It has a corridor running along one side, and has a partial white strip below the roofline "THE CORONATION SCOT" in block capitals.