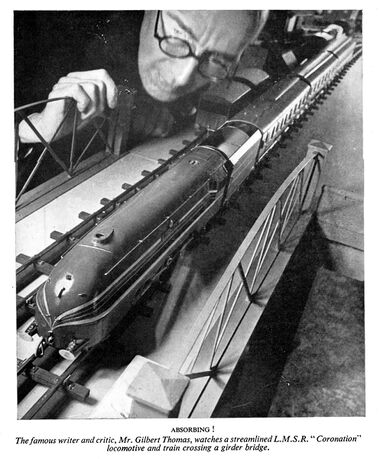 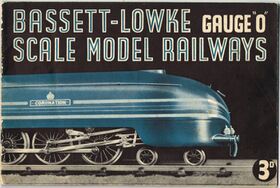 A full nine-car Coronation Scot train, in gauge 0, around fourteen feet long, in blue with silver streamlining-stripes along the full length, with carriages built by Exley for Bassett-Lowke.

The train was unveiled to the public (and run on the Museum track) on Saturday 10th November 2012's "Coronation Scot"-themed Train Running Day.

The Bassett-Lowke locomotive (already on display) was built in the late 1930's making it very much contemporary with the actual train.

The usual Bassett-Lowke version of the Coronation Scot only had only eight carriages, missing out the longer First Class Diner car that was present on the real train. Our version is the full train, complete with the missing ninth carriage.

It might even be the only one of its kind. If any other examples of the ninth car were built, and survived, then we expected to hear about it during our Coronation Scot exhibition. However, eight years after the full train model set went on display, we still don't know the actual story behind the ninth carriage. Was this a limited batch of carriages? Was it produced as a one-off special order for a customer? Was it a one-off produced just for Bassett-Lowke Ltd. for display purposes, so that they could show off the full train, even though the complete set wasn't available for sale? Was it produced purely for exhibition purposes?

The full train first went on display in the museum between between November 2012 and early 2013, and was launched with a special Coronation Scot Train Running Day, and a Coronation Scot at Brighton Toy and Model Museum exhibition. After this, the loco remained on display and the carriages were rotated into storage.

The full train was rotated back on display in January 2020.