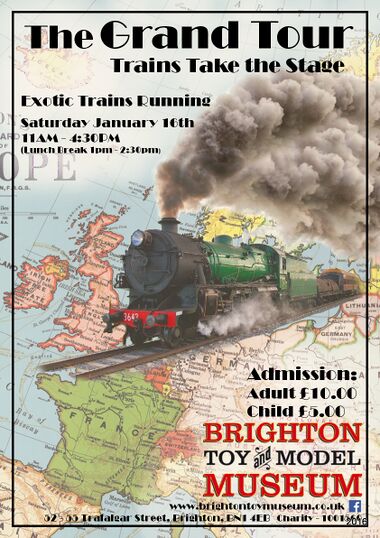 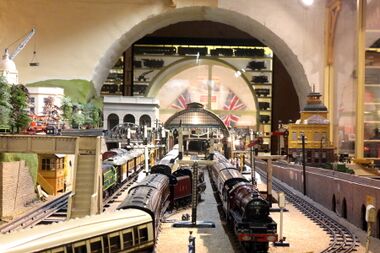 View of the layout from Arch Four [image info] 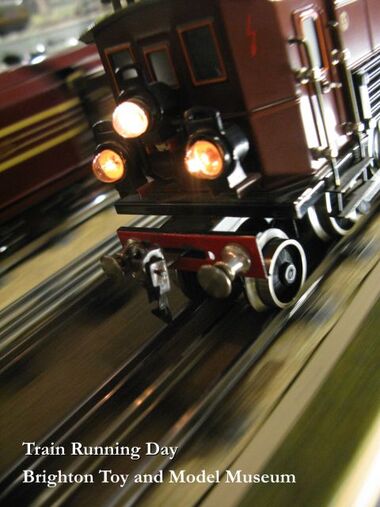 Train Running Days (and Train Running Evenings) are special public events held twice a year by the Museum that allow visitors to see the locomotives on the central 1930's gauge 0 layout running in all their glory. The events are usually themed.

Many of the gauge 0 locomotives on the central layout and their mechanisms are extremely rare (or irreplaceable), and these models are typically only "exercised" twice a year, as a maintenance check. The Museum does this by hosting special public events that let visitors see some of these rare items in action, while allowing the curators to take the opportunity to check the status of the locomotives and track. Each event usually has a specific theme.

We'll be running gauge 0 European trains, with locomotives expected to include a Fournereau Nord "Pacific", Swiss electric Gotthard-style, Belgian 2-8-0, an Italian Ansaldo electric, and a Reichsbahn "Pacific". There will also be a range of other Continental (and UK) pieces running on the layout that we'll know more about nearer the time.

2011: "Edinburgh to Venice (and Connecting Services)"