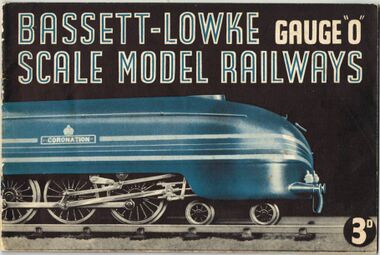 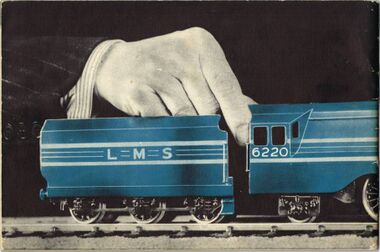 A rare original Bassett-Lowke catalogue for the company's gauge 0 trains and locomotives, dated around 1937-38.

The catalogue as black-and-white photograph of BL-'s Coronation 6220 gauge 0 model that extends across the front and back cover. the locomotive is colourised blue, the hand holding the back of the model is left in monochrome.

The image is cleverly designed to draw attention to the level of detail in the model - the font cover might be casually mistaken for an image of the real Coronation locomotive, and it's only when the reader flips the catalogue over to see the back that the scale of the object is revealed.