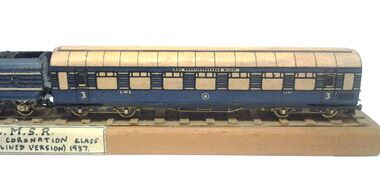 This example of the model is mounted on a wooden plinth behind a blue Micromodels Coronation Class loco from Set MII.

A note on the underside indicates that it was completed by its builder on 10/8/1953.