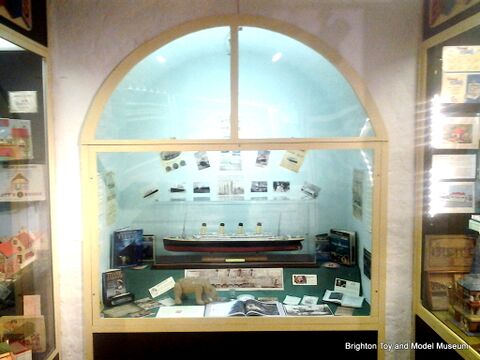 This exhibition was on show from March 2012 to the end of August 2012, and marked the one hundredth anniversary of the launch and almost immediate sinking of the White Star line's doomed ocean liner, RMS Titanic.

The exhibition showed models and memorabilia connected to the ship, in Arch Two. The display included books, pictures and copies of contemporary documents.

This is only a partial listing of some of the more unusual exhibits that were included, and doesn't include any of the books, graphics, or any of the other printed artefacts and memorabilia.