From The Brighton Toy and Model Index
(Redirected from WW1)
Jump to:navigation, search 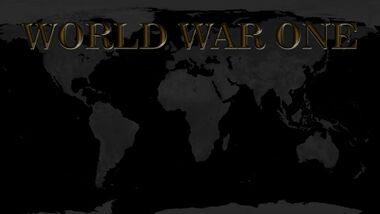 The assassination of Archduke Franz Ferdinand of Austria came at a period of rising tension after a relatively peaceful period in Europe (given the continent's history of conflict), and a complex series of treaties and pacts between European empires and kingdoms then caused the conflict to engulf Europe and Russia. India was involved though its links with Britain, and Japan became a combatant after it took the opportunity to grab some local territories that had been claimed by Germany. The United States initially took a non-interventionist stance (while supplying arms and supplies to Britain), but German U-boat attacks, the sinking of the RMS Lusitania (1915), and finally an intercepted telegram asking Mexico to become Germany's ally in return for military assistance against the US and US territory, brought America into the war in 1917.

WW1 saw the destruction of most of the monarchies involved - The Russian Tsar was overthrown by the Russian Revolution of 1917-18, the German Kaiser was deposed by a brief communist revolution in Germany in 1918-19, and some of the empires and alliances that entered the War no longer existed after the post-war clearup had taken place.

In Europe, the war was predominantly trench warfare and artillery barrages. Aerial warfare was in its infancy, with cloth-and-wood biplanes used by both sides, and the Germans using Zeppelin airships for bombing raids. Britain and Germany had significant navies, and Germany also had U-boats (submarines). Primitive tanks made their first appearances as vehicles that could climb over enemy trenches.

Impact on the toy industry

Toymakers switched to war production during hostilities and faced shortages afterwards. When the industry restarted after WW1, the previous dominance of the German toymaking companies with respect to metal toymaking had been destroyed (since a large section of their export market no longer wanted to buy "enemy-made" goods), sparking a boom in domestic metal toymaking in the UK and US. The carnage of the War meant that parents were no longer enthusiastic about encouraging their children to join the military, and Britains switched emphasis from making lead soldiers to other less militaristic ranges, including cast lead farm and zoo animals. Frank Hornby's Meccano Ltd. finally felt able to start making toy trains, and Bassett-Lowke concentrated more on domestic production and less on importing and finishing German pieces. Georges Carette (a Frenchman who had moved to Nuremberg before the war) no longer had a business, and Frank Hornby's German offshoot of Meccano Ltd had been taken over by Märklin.

Pages in category ‘World War One’

Media in category ‘World War One’