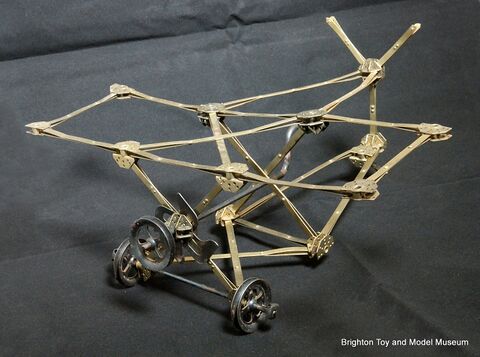 The model is a frame built using Anchor's short-lived metal construction set, based very loosely on an example in the Anchor literature. While the UK Bassett-Lowke catalogue described the Engineer parts as being semi-matt black, these are mostly shiny bare brass. 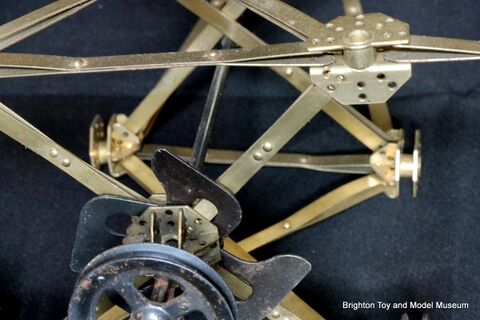 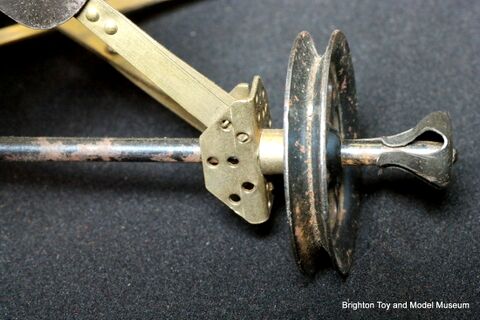 As of February 2017, the model is not yet on display. The matter is currently the matter of some discussion in the museum - on the one hand, the Engineer sets are unique, classically dated in design, historically notable and very, very rare ... on the other hand, models made with the system tend to be really quite ugly (which probably contributed to the short life of the system).