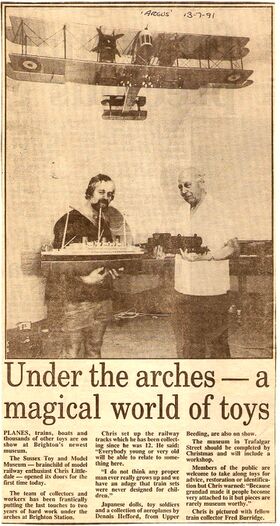 The model, visible in a local newspaper piece about the museum, in 1991 [image info] 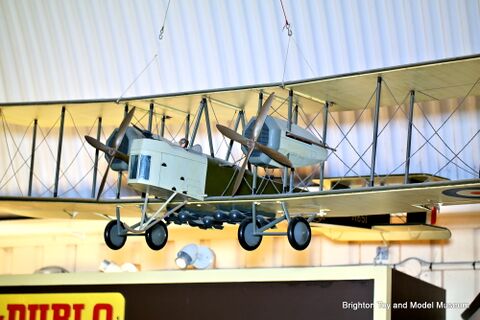 The model, installed in the museum

The Vimy was designed as a bomber biplane for World War One. However, although over two hundred of the planes ended up being built, the plane's appearance in 1918 meant that only three of the aircraft saw service in the 1914-18 war.

The Vimy achieved fame in 1919 when it was used for the first non-stop transatlantic flight by John Alcock and Arthur Whitten Brown. The plane's original bomber design meant that it was capable of carrying heavy payloads, and Alcock and Brown made use of this feature, modifying the plane to carry extra fuel tanks. The "Alcock and Brown" machine is currently on display at the Science Museum.

Vickers also produced a version of the plane for civilian use, the Vimy Commercial. This version had an appreciably fatter body than the original aircraft.