A rare trio of cast lead figures of Pip, Squeak and Wilfred, cartoon characters from a regular strip in the Daily Mirror newspaper that was popular in the 1920's. The trio consist of a dog (Pip) a penguin (Squeak) and a rabbit (Wilfred).

The set was produced by Pixyland / F. Kew and Company 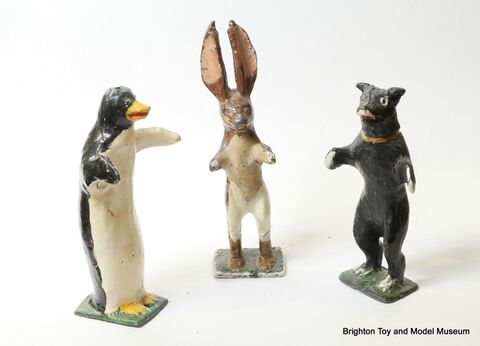