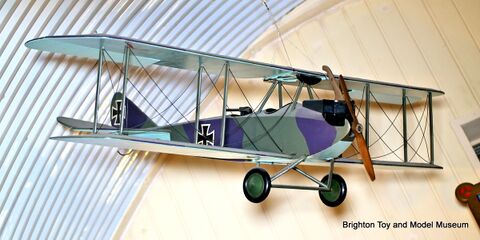 Designed by Edmund Rumpler, the Rumpler C.I was a two-seater, single-engined reconnaissance plane that could also function as a light bomber. Specifically designed for military duties, it was introduced in 1915 and was in service for most of the First World War.

The C.I (where the "I" is a Roman numeral) was a very successful, traditionally-built robust design and easy to fly, which accounted for its longevity during a period in which frantic technological progress in military aviation technology gave most plane designs extremely short lifetimes – during this period, air forces didn't have to worry too much about justifying the "retirement" of a fleet of aircraft when the other side produced something slightly faster or more manouvrable – the older planes would simply be shot out of the sky.