The shape and lithography is very similar to the the larger GNR 4-4-2 Carette locomotive alongside.

Typically of Georges Carette, the lithography is very, very nice - at first sight it appears the the railings above the tender have spaces punched out in the tinplate beneath them, but the sides are simple continuous tinplate, with the "spaces" coloured in a lighter colour to give the impression of light shining through.

It was made by Georges Carette for Bassett-Lowke circa ~1914. 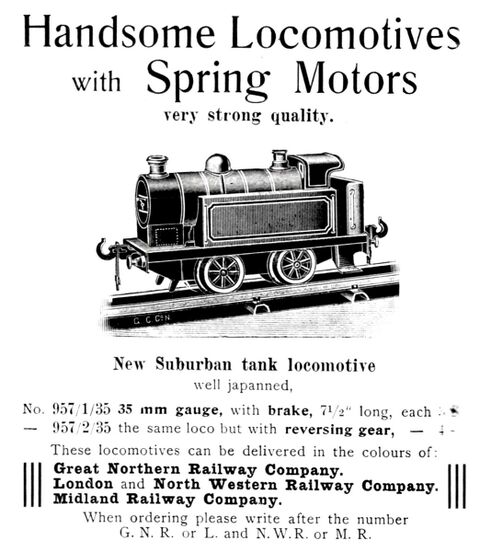 1911 catalogue image of an earlier version of the locomotive. The 1911 version was painted rather than lithographed, and was a different shade of green. The catalogue image shows no railway company markings, as the same image is being used to represent three different versions – GNR, LNWR and MR