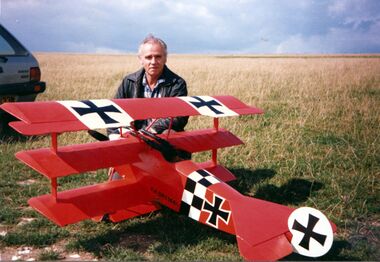 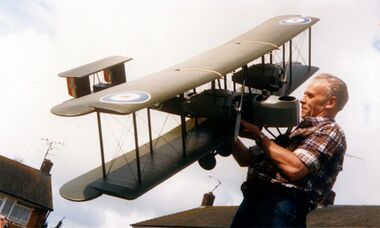 Denis with another RC biplane model, this time a Vickers Vimy [image info] 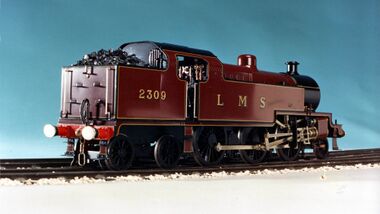 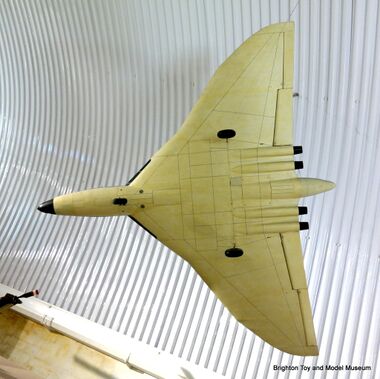 In the 1960s, Denis was a partner with Bill Blake and Reg French in Blake, Hefford and French, Architectural and Mechanical Modelmakers, a professional modelmaking company based in Hove.

The quantity of architecture-related work surged in the late Sixties with the boom in London developments, and in 1966 the firm took on Chris Littledale. When the flood of new work subsided, Chris took up the offer to have continued access to the firm's workshop, and collaborated with Denis on some railway-related models.

As well as building most of the museum's overhead radio-controlled aircraft and the large Sterling Single locomotive, Hefford was commissioned to produce most of the central buildings on the 1930s gauge 0 model railway layout, mostly styled after examples of Brighton architecture.