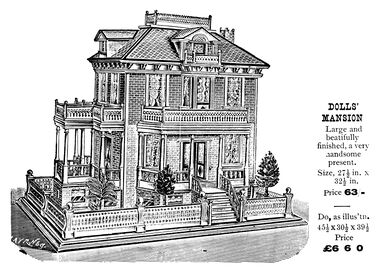 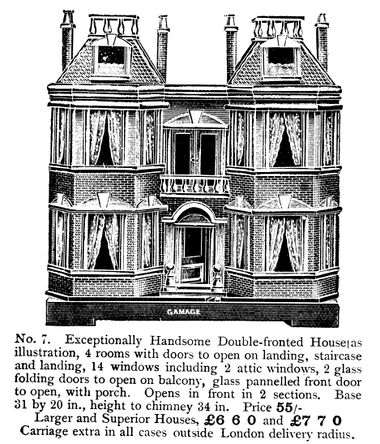 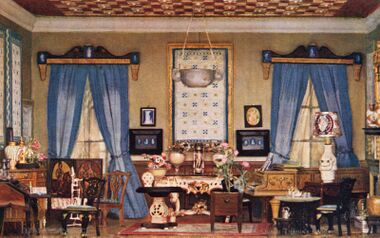 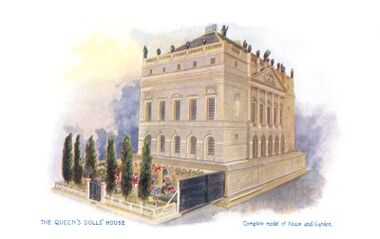 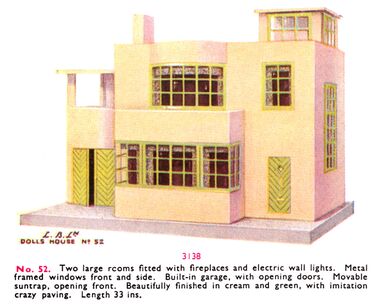 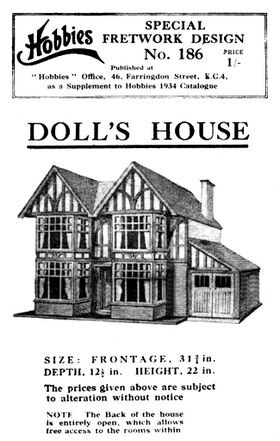 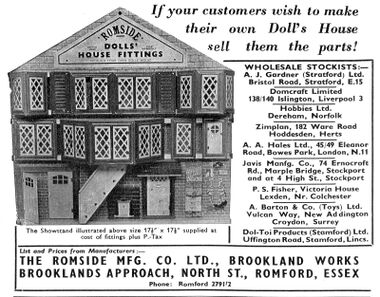 "Dolls' Houses" and "Dollhouses" are "play houses" that usually consist of a self-contained house of two or more stories, with one or more exterior walls that hinge open to reveal the rooms inside. In the interests of compatibility, dollhouses are usually made to standard scales, most commonly 1:12 (known as "dollhouse scale"), or the smaller 1:16.

Although the history of model buildings (built for various purposes) will is obviously go back to time immemorial, the European tradition of the "doll house" is generally considered to have started in Southern Germany in around ~1600, with a baby house commissioned by the Duke of Bavaria.

These early "baby houses" tended to be furnished rooms built into a cabinet on legs, as a piece of furniture, without necessarily having the external appearance of a house, although Anna Köferlin's 1631 baby-house", built and exhibited as a training tool for domestic management, does appear from the surviving flyers, to have been house-shaped. Four houses from this period are supposed to be at the Germanishes National Museum.

In the Eighteenth Century, dollhouses became a fashionable status symbol for wives of wealthy Dutch merchants, as the Dutch trading empire brought riches into the country along with precious metals, creating work for jewellers and craftsmen who could then be employed to create dollhouse miniatures.

In Britain and Ireland, interest in dollhouses was boosted in the 1920s by the "launch" of two high-profile famous houses which were then displayed at exhibitions, first Titania's Palace, which was finally finished in 1922 and then went on tour, and then by the appearance of Queen Mary's Dolls' House, which was started in 1920 and finished in 1924, and went on show at the British Empire Exhibition and Ideal Home Exhibition, and then went on display in a specially constructed space at Windsor Castle.

A common subject of confusion is whether an example is intended as a doll's house or a dollhouse.

A good example of this is the famous 1924 Queen Mary dollhouse - although titled as a "doll's house", the house has an emphatic absence of dolls - it is a model of a house and it's furnishings, created to the highest modelmaking and engineering accuracy possible, and contaminating the interior with a human doll would not only violate its design rules of utter authenticity in construction and materials, it would visually break the illusion that we were looking at the interior of a real house. The house contains grudging signs of life in the form of a small cat and some mice (and a snail in the garden), but that's it – no dolls allowed!

This category has the following 17 subcategories, out of 17 total.

The following 81 files are in this category, out of 81 total.