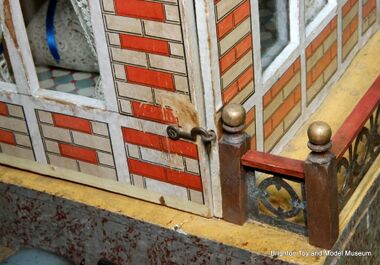 A classic blue-roofed dollhouse made by Moritz Gottschalk between 1873 and 1919. 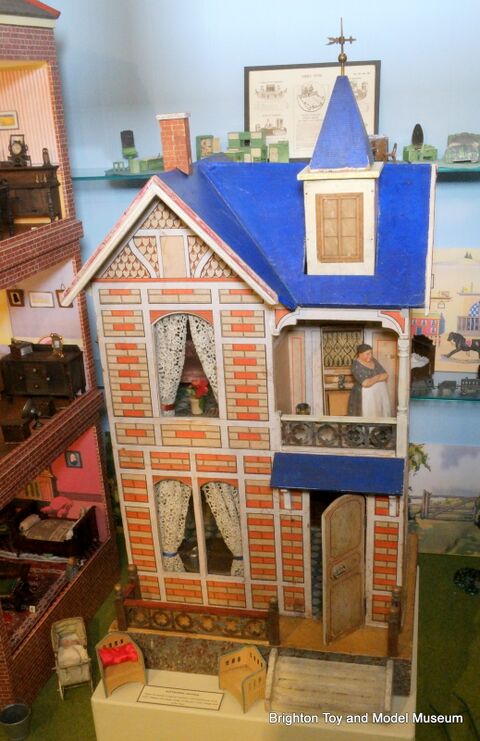 This is a classic paper-on-wood constructed dollhouse with a hinged left-side wall and Edwardian lace curtains, one of a series of many styles of dollhouse produced by Gottschalk. The dollhouse is all-original - our tidying-up activities before putting it on display (other than a full inspection and a very slight cleaning) only amount to supplying it with the aforementioned period lace curtains.

A distinctive feature seen on some houses in late 19th century Nuremberg was a tall golden rooftop spike topped by a gold star. These stars were later banned by the city authorities on the grounds that there was a significant danger of their blowing over in a storm, and impaling passers-by on the streets, or the occupants of neighbouring houses. As a result, residents had to take down their stars, abut often left the spikes in place, and fitted them with weather-vanes, instead.