Trix was a metal toymaking company founded in Germany between the wars by Stefan Bing and other ex-Bing Werke staff. The company was noted for its technical innovation, and helped to pioneer the new half-size 00/H0 model railway format, with improved models that were a generation further developed than the early half-size locos and sets that had been trialled by the Bing company.

After the Nuremburg-based Bing got into financial trouble in the late 1920s, some of the key personnel left and banded together to start a new toymaking business, headed by Stefan Bing and Siegfried Kahn. Andreas Förtner's Nuremburg toymaking company (ANFOE) had already merged with J. Haffner's in 1925, and the Fortner-Hafner company was bought by the group, moving to larger Nuremburg premises in 1929. An early major product was the new TRIX metal construction sets, and it was decided to set up local offshoot companies in the main countries being exported to, and the first of these was Trix Ltd., 4 Golden Lane, London EC1, a joint enterprise with Stefan's friend W.J. Bassett-Lowke in 1932.

With Stefan's Jewish heritage becoming increasing problematic as the Nazi party gained ascendancy, Stefan began to concentrate more on his links with England and Bassett-Lowke, with B-L designing British-outline bodyshells for the new trains.

As the situation in Germany worsened, B-L "took in" Trix and Stefan Bing, with manufacturing at Winteringham Ltd., Northampton. 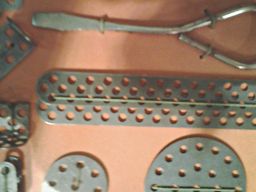 These sets looked distinctively different to Meccano, and the three-row system had the advantage of allowing plated to be bolted together rigidly not just in-line but also at right-angles or at 45 degrees without needing any additional side-struts. The main advantage of the system, though, was cost - since Trix plates were used as both wide beams and narrow plates, a Trix set required fewer specialised pieces, and the entry-level Trix sets were much cheaper than their Meccano counterparts. 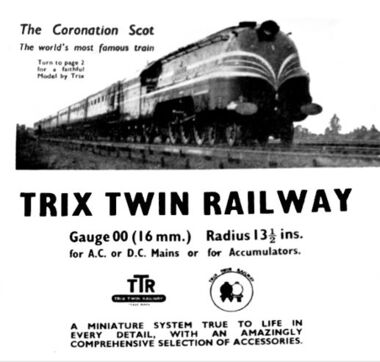 After the simple and cheap-to-produce TRIX sets, the bankruptcy of Bing Werke in 1932 created a new opportunity, and the next major product line was a range of tabletop train sets inspired and developed from the earlier Bing Tabletop Railway system that some of the new company's personnel were already intimately familiar with. After some years of development, the Trix Express system was first shown to the public at the 1935 Leipzig Spring Fair.

The Trix Express (and Trix international) names continued to be used on the continent after World War Two.

Trix Twin Railway (TTR) was the next development of the Trix railway range. A patented innovation involved isolating all three rails of a three-rail track to allow individual control over two trains on a single track, by having two locos drawing power from different outer rails, and with the use of two controllers.

With the rise of the Nazi party in Germany causing Stefan Bing and Siegfried Kahn to move to the UK, TTR increasingly became a UK system.

For a while a "difference of vision" between Stefan Bing and W.J. Bassett-Lowke created a tongue-twisting confusion over whether "TTR" should be presented as standing for "Trix Twin" or "Twin Train" Railway. 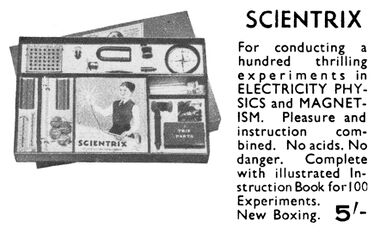 The following 24 pages are in this category, out of 24 total.