A styrene Hornby Dublo station, part "No. 5083 Terminal or Through Station Composite Kit", with original box, made circa 1963.

The station building and platforms are made of cream-coloured plastic, with a grey roof, green windowframes and clock, and a clear curved moulded ribbed plastic canopy with grey ends.

The station building could be placed alongside the platforms and canopy to make a "through" station, or placed at one end as a railway terminus building. 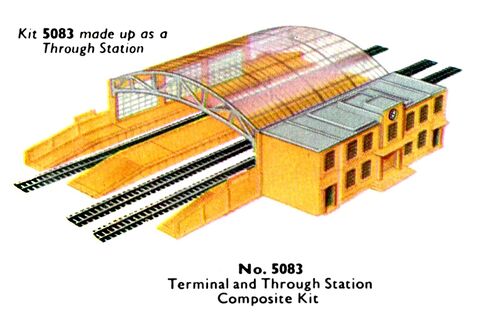 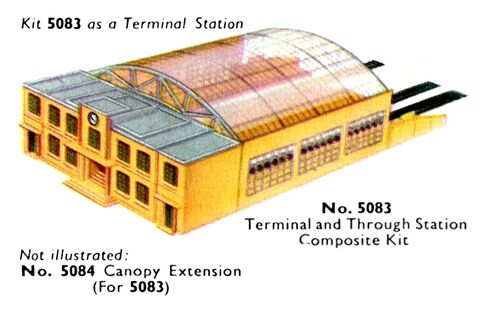 This large styrene station set was one of the most obvious survivors of the Dublo range lurking in the in the Tri-ang Hornby catalogues from 1965 onwards, with its number given an "R." prefix.