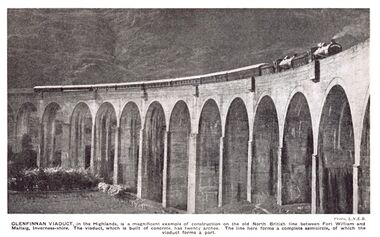 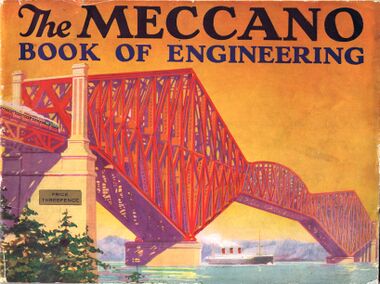 Quebec Bridge, Canada (commonly mistaken for the Forth Bridge), made regular appearances on the front covers of Meccano Ltd. literature [image info]

By convention, a raised structure that spans or bridges an obstacle or gap to allow people or vehicles to cross is usually referred to as a bridge, while a multi-spanned bridge that produces a raised route across a region (such as a valley), is a viaduct. All viaducts are arguably bridges, but not all bridges are viaducts.

A viaduct-style structure for carrying water is an aqueduct. A similar structure that allows a canal to cross a valley might arguably be called either a viaduct or an aqueduct (but people often prefer to avoid the inevitable arguments about correct naming by simply calling them "canal bridges").

The bridge over Ironbridge Gorge was the World's first metal bridge – before this, bridges had typically been made of stone, brick and/or wood.

Pages in category ‘Bridges and viaducts’

Media in category ‘Bridges and viaducts’

The following 83 files are in this category, out of 83 total.