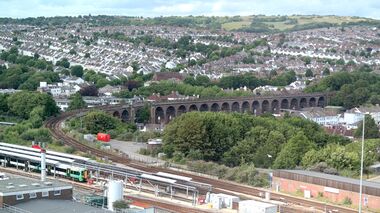 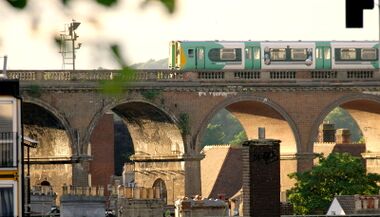 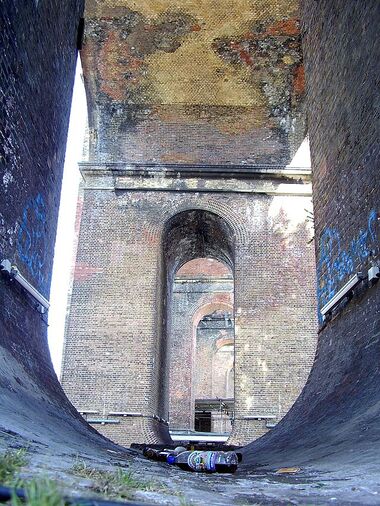 Brighton Viaduct (officially London Road Viaduct) is an imposing set of high Victorian brickwork arches carrying the main railway lines into Brighton Station. It was completed in time for the line's opening in 1841, and was designed by John Urpeth Rastrick.

Rastrick also designed the Ouse Valley Viaduct as part of the same project, and the two viaducts are essentially siblings. The two viaducts share the same distinctive arching, pierced piers and balustrades, the main difference being that where the Ouse Viaduct is ruler-straight (as can be seen from photographs taken through the central "windows" in each arch), the twenty-seven arches that make up the London Road viaduct form a comparatively tight curve. Both viaducts are Grade-II listed buildings.

Although most of the arches forming the viaduct are semicircular, the arch spanning Preston Road is significantly wider to take in the road's width, and its span has a more complex, "stretched" curve.

Although the Viaduct was originally built on essentially open land, and early drawings of it show it crossing a road surrounded by empty fields, the region below it quickly filled with houses as the new station brought in visitors and boosted the local economy. As a result, a structure that was originally one of Brighton's most impressive landmarks is now difficult to see from most locations. The best views are from almost underneath the viaduct, just North of Preston Circus and the Duke of York's Picturehouse, past the head of London Road.

The Brighton-born boxer Tom Sayers (1826-1865), joint Champion of the first world boxing championship match (which concluded in a draw) worked on the viaduct's construction as a labourer. 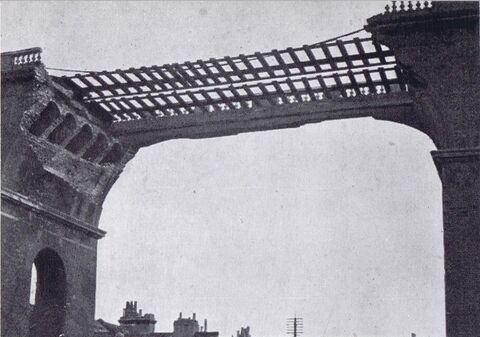 The Viaduct after a bombing, World War Two 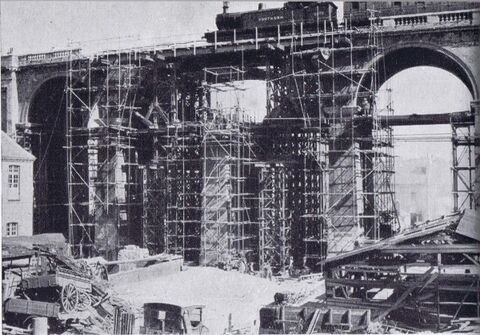