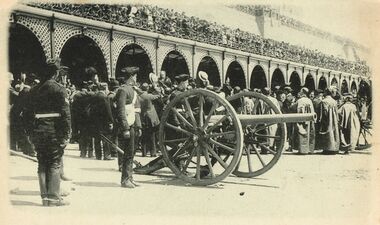 1902: Celebrations and military salute for the end of the Boer War [image info] 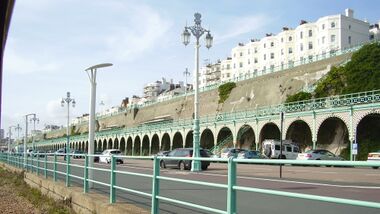 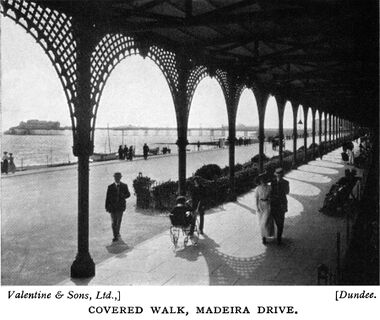 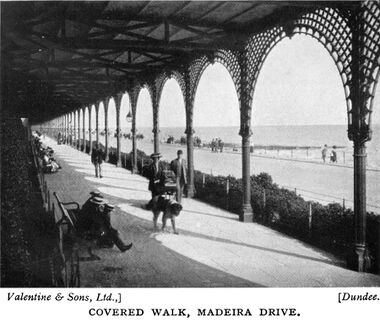 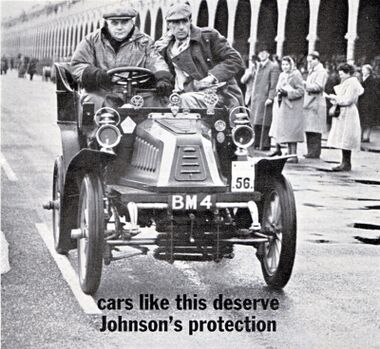 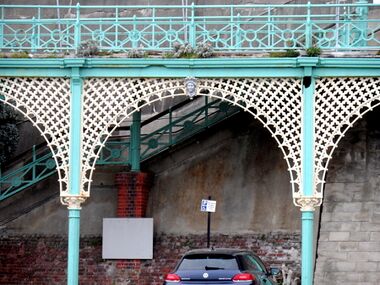 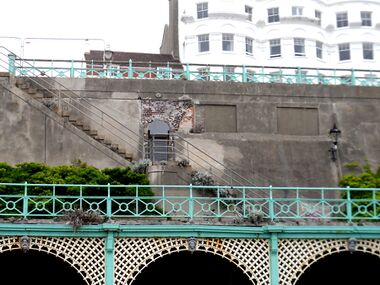 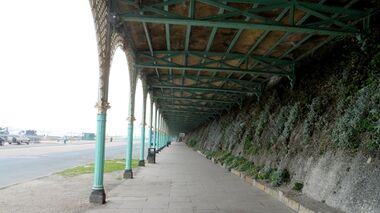 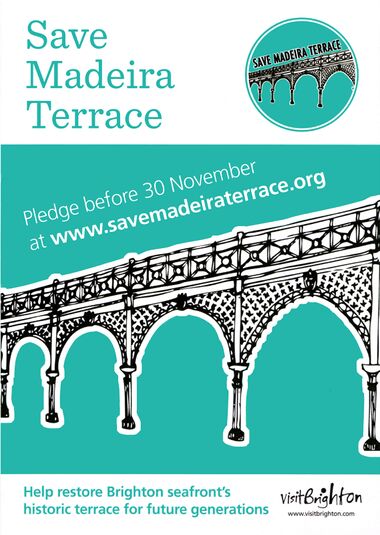 Brighton Promenade (Madeira Drive) stretches Eastward from the Palace Pier and the Volks Aquarium Station to the far end of Kemp Town.

It extends along the base of a bricked seafront cliff, with ornamental arched sheltering walkways extending along most of its length, which support further walkways and steps up to the road level.

Above Black Rock Station is a brick frontage that has the locked gate to the "Lewis Carroll Rabbithole".

Prior to 1869 there was just a pile of rubble at the foot of the seawall to help protect the seawall foundations from erosion by waves, but with the development of Kemp Town, which had buildings not too far from the almost vertical cliff wall, it was felt to be worthwhile "beefing up" the sea defences at the bottom of the cliff, and taking the opportunity to also make a pleasant seafront walkway to further enhance the desirability of Kemp Town. The existing pile of rubble was used as the basis for a new lower-level road and sheltered promenade extending the idea of the existing accessway for the Chain Pier.

The new Promenade, originally called Madeira Road, was built in coordination with the building of the new Aquarium, and faced with stone from London's Blackfriars Bridge which had been demolished in 1863.

The Volk's Electric Railway line runs unobtrusively along the beach in front of the Promenade, and Magnus Volk's railway workshop is built into the brickwork near Half-way Station.

Along the cliff is a wide road, on the south side of which a sloping bank for steps has been cut through the cliff, which descends fifteen feet to an Esplanade now forming, which will command one of the most beautiful and sheltered prospects of the channel, that can well be conceived; and in addition, an Esplanade still lower, on the principle of the one attached to the Chain Pier, will stretch along the base of the cliff, which is at this place more than sixty feet high, and nearly perpendicular.

runs from the Aquarium to King's Cliff, Kemp Town. The sea-wall is a fine work, about 25 feet thick at the base and 3 feet at the summit. The creepers and shrubs by which the wall is partially screened do much to relieve what would oherwise be a rather dreary prospect.

An Arcade, about half a mile long, running eastward from a point near the aquarium, with an asphalted terrace walk on the top, and provided with seats, affords cover in wet weather; and near the eastern extremity is a large Shelter Hall and Reading-Room, similar to that on the beach at the foot of West Street. Refreshments can be obtained in the Shelter Hall, and time-tables, etc., consulted. A Lift communicates with the Marine Parade above. Here, too, is a Bandstand. The slopes at the eastern end of the Madeira Drive, known as the Duke's Mound, are planted with shrubs, and the carriage drive extends as far as Black Rock.

commands unrivalled sea-views. Many of the houses are very imposing, the Georgian bow-windows and balconies giving them also an air of solid comfort and repose.

The visitor who has doubts concerning the popularity of Brighton as an excursion centre should come to the Marine Parade early one forenoon and see the row of motor-coaches drawn up for the day's trips. At times well over a hundred coaches are here, and there is in addition a constant stream of buses and trams.