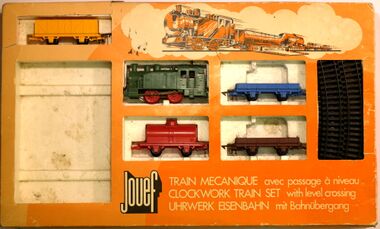 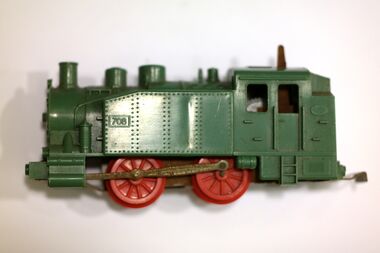 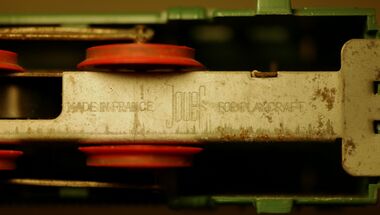 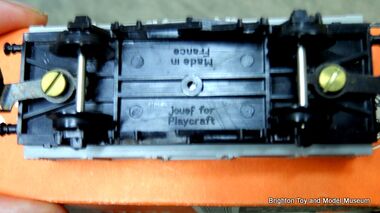 Jouef was started in France by Georges Huard toward the end of WW2, producing a tinplate trainset in ~1949 and an electric 6V DC set in 1950. Although some later Jouef pieces had a reputation for excellence, the quality of the earlier products was more variable, with some (such as the "Jouef for Playcraft" pieces) being not particularly wonderful.

Since the core period of the museum's collection (to ~1955) corresponds to Jouef's earlier period, we don't currently have any Jouef pieces on display.

Although they started out making tinplate model railways, Jouef quickly branched out into plastics. Around the same time, a founder of Mettoy (who made metal toys) created a separate company, Playcraft, to explore the use of plastics in toymaking, and Playcraft's early plastic train sets were manufactured for them by Jouef (and carry the mark "Jouef for Playcraft". When the experiment was deemed a success, Mettoy and Playcraft merged to form Mettoy-Playcraft.

Jouef produced HO models for the European market and 00-gauge models for export to the UK, and opened a factory in Ireland, Hobby Developments Ireland. HDI closed down in 1981.

Jouef was taken over by Lima in the 1990's, who moved production to Italy, and Lima were then bought by Hornby in 2004.