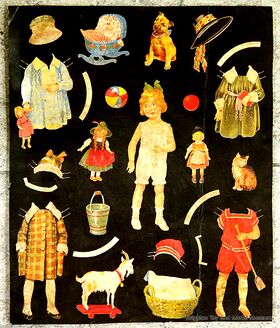 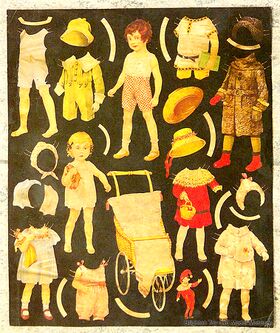 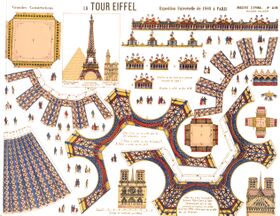 Although there are isolated known examples of commercially-produced cut-out-and-make card model sheets dating back to around 1800, the production of a serious range of card models from a single manufacturer is generally reckoned to date from the involvement of Pellerin in France and Schreiber in Germany in the C19th, who both created serious catalogues of card model sheets, including significant ranges of buildings and vehicles.

In the UK, the main name associated with historic card modelling is Geoffrey Heighway's Micromodels range, which again addressed a range of buildings, ships locomotives and road vehicles, but on postcard-sized cards.

Card modelling got a boost in the 1940s and 1950s with the advent of affordable 00-gauge and H0-gauge model railways, as card was a relatively inexpensive medium for making model railway layout buildings, and colour-printed card of paper the resulting models didn't need to be painted.

A number of niche card model ranges have survived into the C21st, but with the widespread availability of cheap colour laser printers, many of the new designs are produced by talented amateurs, with many available for free as downloadable printable PDF files. However, for anyone wanting to explore the hobby, it's recommended to try at least one of two models from traditional companies to help keep the format alive.

This category has the following 15 subcategories, out of 15 total.

The following 39 pages are in this category, out of 39 total.

The following 82 files are in this category, out of 82 total.