From The Brighton Toy and Model Index
(Redirected from Southdown)
Jump to:navigation, search 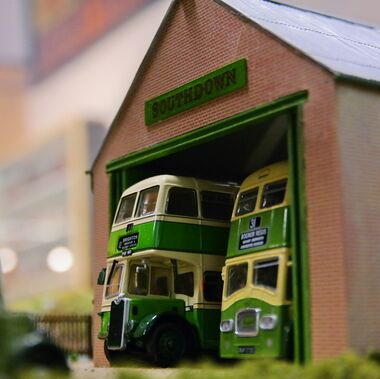 A model of a Southdown Buses "dormy" bus shed on the museum's East Sussex Countryside 00-gauge model railway layout, based on the example at Amberley (Brian Bennett) [image info] 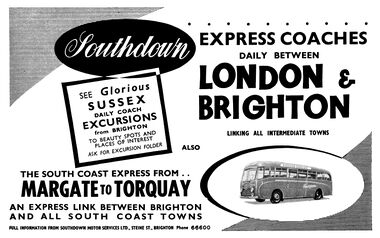 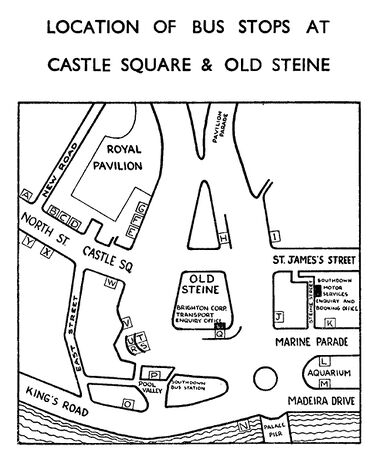 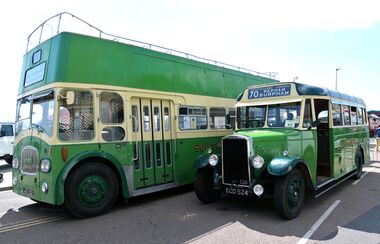 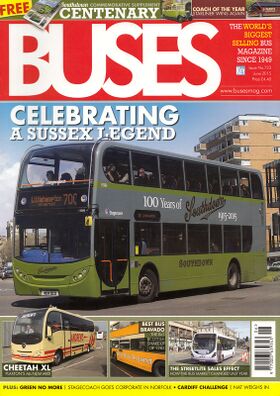 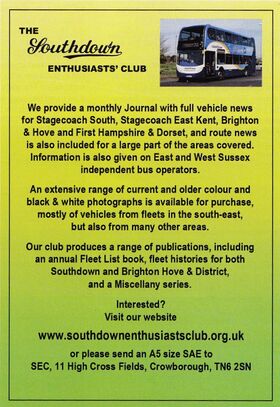 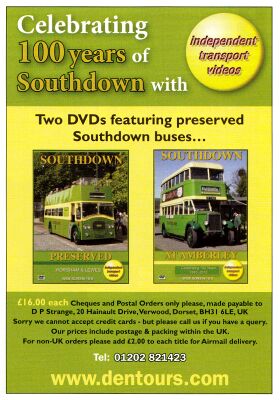 Southdown Motor Services (popularly known as Southdown Buses) was formed in 1915 with the intention of providing bus services to a big chunk of the South Coast (the "Southcoast" name already having been taken).

Southdown was founded by "The two Alfreds", Alfred Douglas Mackenzie and Alfred Cannon, who worked together to make Southdown's a cut above the normal bus service, with better signage and roomier more luxurious seating than might normally be expected on standard services, and a laserlike focus on timetabling and scheduling. This served Southdown well as a series of acquisitions and takeovers resulted in the company expanding their territory out into a wedge-shaped area stretching from Portsmouth to Hastings, with the top of the wedge extending up to London.

The company also used its coaches to run long-distance holiday sightseeing tours, across Britain and the Continent.

" The great thing about Southdown as a country bus service was that if you were on a country lane and you saw one coming, you could just stick your hand out and they'd stop. Southdown were always great like that."

Alfred Mackenzie had started out as a transport enthusiast and trainspotter, and this seems to have helped him develop an appreciation of the railway companies' management of their networks, locomotives, rolling stock, and timetables that meant that he was already trained in the disciplines necessary for the construction of a large transport network before Southdown started.

As well as appreciating the value of economies of scale in a large network (and the deep organisation required to make sure that those efficiencies weren't absorbed by system inefficiencies), Mackenzie was also familiar with the commercial value of a company's charismatic association with quality, having seen the effect of railway advertising and the success of the Pullman company's coaches on the London, Brighton and South Coast Railway.

While Southdown couldn't reproduce Pullman's luxury armchairs and waiter service, it could and did try to give passengers more legroom, better service, and drivers with a strict uniform code.

Buses used a predominantly green and cream colour scheme with some darker green detailing, and ornate black-shadowed gold block capitals, whereas coaches tended to be more two-tone green, with much more use of dark green, and with a different gold logo, the angled, flourished Mackenzie script logo designed by Alfred Mackenzie for his precious coach fleet in 1921.

" Every year many thousands rely on Southdown to take them on memorable tours covering England, Wales, Scotland, Northern Ireland and the Continent.
Every year, they choose a different Southdown itinerary – to see fascinating new places, observe strange foreign customs and enjoy spectacular scenery. some prefer Southdown because of the utter comfort provided – others choose Southdown because of the perfect organisation and service. Every detail is arranged to a nicety in advance. You travel in a luxurious coach, specially designed for long distance touring. You watch the passing scene in armchair comfort. Fares include first class accommodation and meals, also staff gratuities.
This year, why not avail yourself of the most wonderful holiday imaginable? "

Southdown Motor Services started out in Worthing and Brighton, and the National Archive shows the following Brighton sites being acquired in 1915/6:

1915 was also the year that the company acquired Southdown Garage, Amberley Road, Storrington. The company had an advertising and ticket sales booth at Brighton Aquarium.