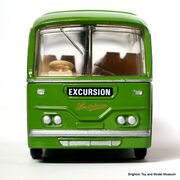 The coach doesn't have painted or transfer numberplates, but has EXCURSION on its front destination panel, just above and between the main headlights.

The Cavaliers were produced from around 1959 onwards, with the first example going into service in 1960.

The Cavaliers (and Grenadiers) often had a distinctive "Nike-like" "swoosh" at the front of their side chromed bodyline, angled forward to give a more dynamic impression of speed. 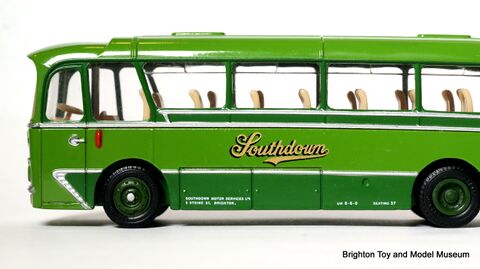