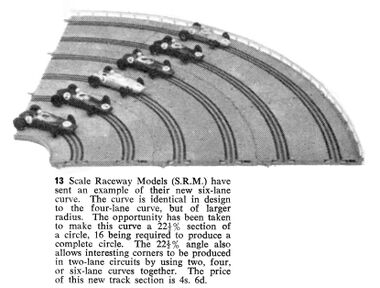 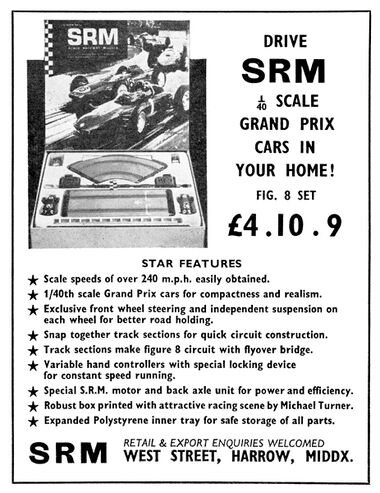 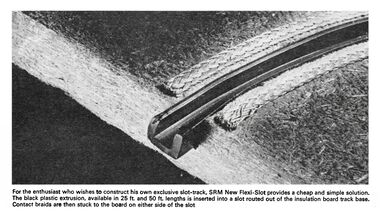 1966: "For the enthusiast who wishes to construct his own exclusive slot-track, SRM New Flexi-Slot provides a cheap and simple solution" [image info] 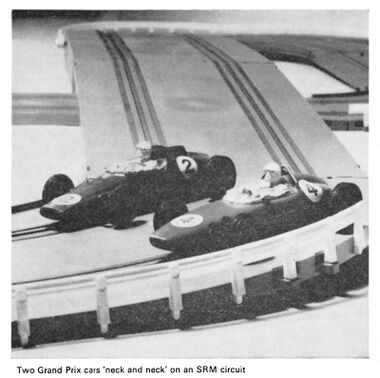 Scale Raceway Models (S.R.M.) have sent an example of their new six-lane curve. The curve is identical in design to the four-lane curve, but of larger radius. The opportunity has been taken to make this curve a 22½° section of a circle, 16 being required to produce a complete circle. The 22½° angle also allows interesting corners to be produced in two-lane circuits by using two, four, or six-lane circuits together. The price of this new track section is 4s. 6d.

Minis are not often seen on model slot race tracks but SRM have chosen these nippy little cars as prototypes for their new raceways 'B' set. The cars are 1/40th scale and beautifully constructed , complete with front wheel steering, too! The set consists of figure 8 track complete with plastic bridge supports, crash barriers and hand controllers. The magnificent big Michael Turner painting on the box top – uncluttered by overprinting – is ideal for framing too! Price is £5 19s. 6d.. If you already own an SRM 'A' set, the larger radius track section of the new 'B' set are designed to 'mate'with them to form a complete 4 lane circuit – good idea! 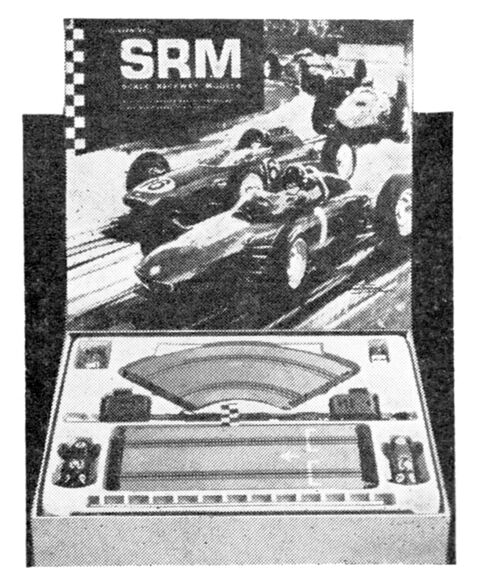