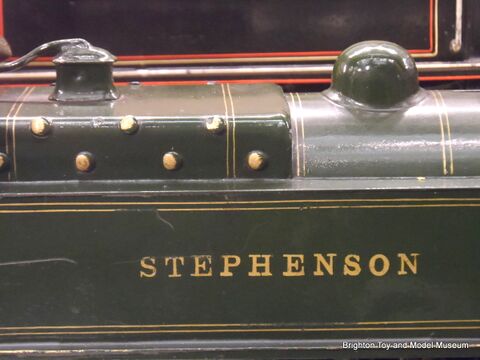 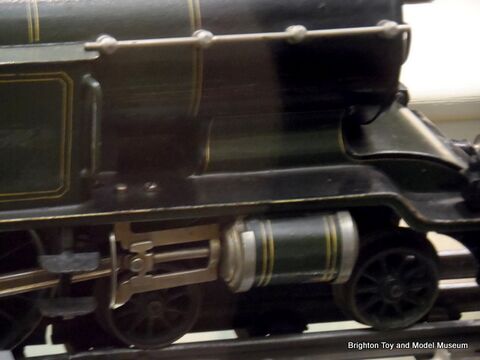 The Märklin Stephenson tank locomotive model was not a huge success. Produced in two sizes (gauge 0 and gauge 1), the proportions of the smaller gauge 0 version (Märklin TK1020) were perhaps a little cruder than the increasingly sophisticated 1925 market was coming to expect from major manufacturers, and its large cylinders were notably out of scale. The Gauge 1 version (Märklin TK1021) was able to be much better-proportioned, but was serving a shrinking market as gauge 0 became more widespread.

Since the loco was designed for the UK market, lack of UK sales put Märklin in an awkward position, and stocks ended up being cleared through third-party sellers without Märklin's name appearing in the advertising – for instance, both gauge versions of the Stephenson tank loco model appear in the Bond's of Euston Road 1932-33 catalogue, without obvious Märklin identification, but with the standard Märklin catalogue numbers.

The loco seems to be listed in "Schiffmann" as being produced from 1929 onwards, but this would appear to be a typo – we have a catalogue entry for it that was current by 1925.

The Southern Model of this Loco, is that used upon the Brighton Section, and is a Large Model of imposing appearance. Both the gauge "0" and "1" have the New Slow Speed Mechanism. Brake and reverse operate from cab or track. Boiler is of the Belpair type. The Southern is in the new green colour, and the L.M.S. and L.N.E.R. in their respective maroon and green.

The Stephenson (named in honor of George Stephenson, builder of "The Rocket") was built at Brighton Works in 1921 to pull passenger trains for Southern Railway, and was later converted to a 4-6-0 N15X-class. It ran until 1956.

Stephenson was one of a batch of seven 4-6-4 "Baltic" tank locomotives built by Southern starting in 1914 with 327 Charles C. Macrae. Only two of the locos were built before World War One intervened, and 329 Stephenson was the first to be built after the war was over and production restarted. The last of the series, number 333, was named Remembrance on memory of those who had died in the war. Only locos 327, 329 and 333 were assigned names.