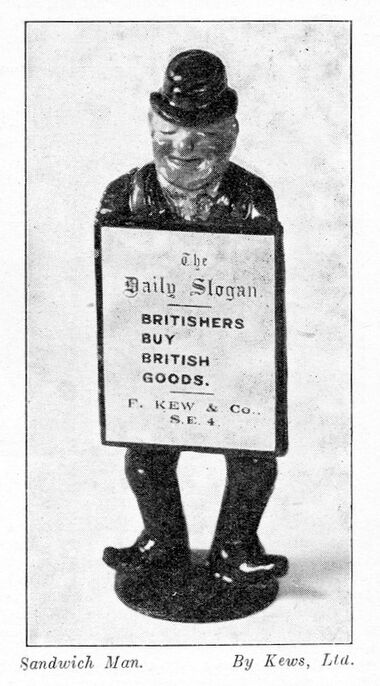 Pixyland and F. Kew were two London-based lead figure manufacturers in the 1920s that later combined (with the assumption being that Kew seemed to have bought out Pixyland) some time around 1929-31.

Given that the merged product lines often make it difficult of impossible to tell which name a piece was sold under, printed catalogues and online sources often refer to both companies' ranges together collectively as Pixyland-Kew or Pixyland/Kew.

The Pixyland started up in Stoke Newington, North London in 1921, initially producing a range of nursery-rhyme characters (Little Red Riding Hood, Old Mother Hubbard, etc) and quickly adding a range based on popular cartoon characters, Pip, Squeak and Wilfred and Felix the Cat.

Initially producing commercial promotional pieces for companies, Kew quickly introduced a series of farm animals and other farm pieces, and moved on to produce a range of licenced comicbook characters - Dismal Desmond and Bonzo, and Tiger Tim and the Bruin Boys from the Daily Mirror strip cartoons.

The need to divert lead supplies to the war effort meant that lead figure manufacturing pretty much ground to a halt, and when the expected resurgence in supplies after the end of the war didn't happen, several of the smaller companies disappeared. Timpo (~1945) then took in a selected part of the Pixyland/Kew inventory to help enlarge their own initial ranges.