An rare boxed set of Pixyland-Kew farm animals, with an end sticker identifying it as Kuzu Series Set E5. The set has never been played with, and the animals are still strung to the box as they were when it left the factory.

The set is scheduled to go on display in early 2020.

It is unusual to find these figures in a boxed set, as they were often supplied to retailers in bulk boxes to be sold loose. When they were sold in boxed sets, the first thing that the owner would normally do would be to take out the animals and throw the box away.

The reason for this example's survival is unusually poignant – the set was bought for a little girl's fifth birthday (Nina Joséphine Howlett), and, tragically, she developed appendicitis, which progressed to peritonitis, and she died before her birthday and never received the present.

After the child's death, the family could not bring themselves to dispose of the set. It was donated to Brighton Toy and Museum in memoriam on 2nd November 2019.

The set has two official stickers: 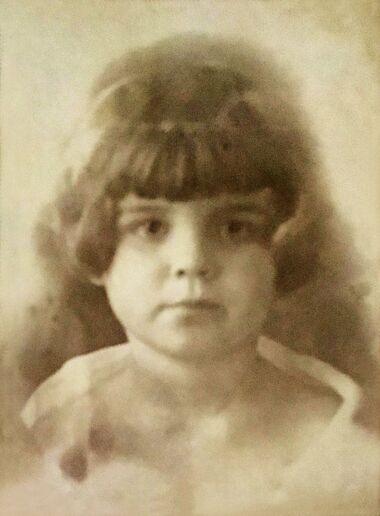 "This farmyard set was an unplayed-with toy that was bought for my Aunt Nina Joséphine Howlett. Sadly, she became ill at 4½ years old with appendicitis which developed into peritonitis and she passed away in Stepney on 12 December 1927 without ever playing with it.

I am happy to donate this gift in loving memory."

"An angel in the book of life wrote down this infant’s birth. Then added ere he closed his book “Nina” too beautiful for earth."

She was much loved by all the family including Aunts, Uncles, Grandparents etc. because she was so beautiful and had a very loving nature. The only moment my Mother shared with me was when all the sisters were climbing up the stairs to bed in the dark and Nina told them not to be scared – she would go first!  Her mother Annie never recovered from the loss.

I think she and my Mum would be so happy to know where some of her belongings were going to.