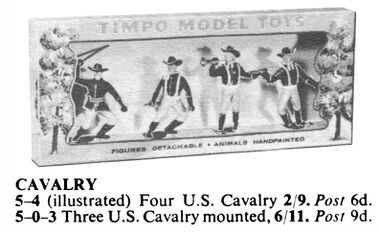 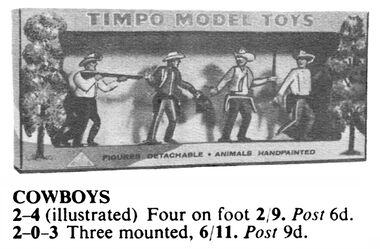 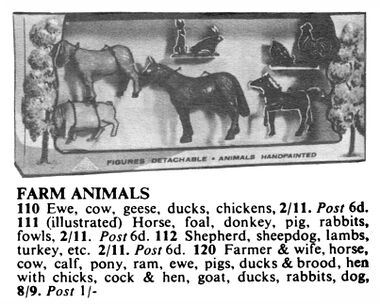 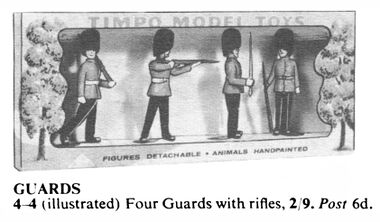 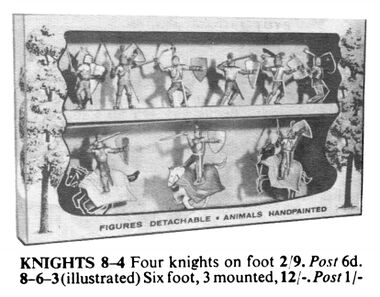 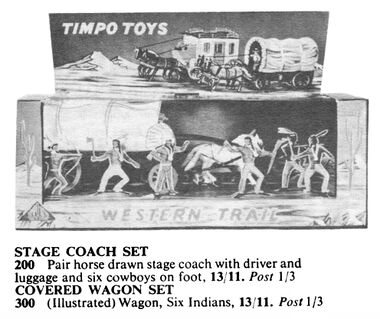 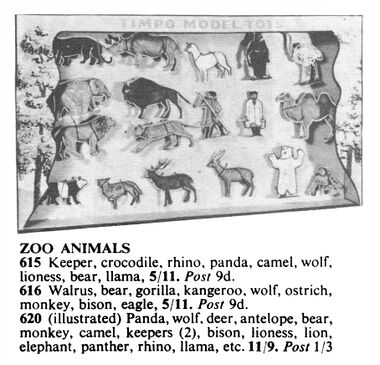 Timpo was founded in 1945 by Mr A Gee, the company name coming from a combination of toys and importers. Timpo products were sold through Assaels United Agencies, supplying the company with wooden building blocks, composition aircraft and Bakelite vehicles. In May 1945 Assaels were replaced with Sumeray and it was announced that composite toys would continue until the company could access lead again after the war.

In 1946 two of the company directors (Mr Hyland and Kiernan) broke with the company and started a Timpo Toys Limited in Ireland. This rival was short lived.

Between 1946 and 1950 the company bought the moulds of a variety of companies such as Stoddart and Kew and released their toys under the Timpo name and in their branded boxes. After 1950 though the company was confident in their own ranges and phased out the other companies' models.