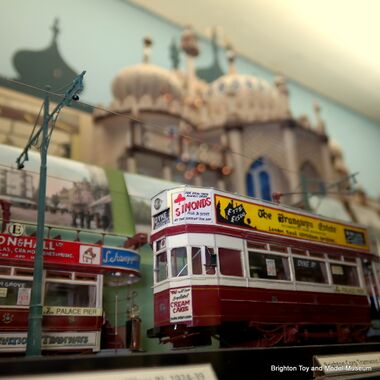 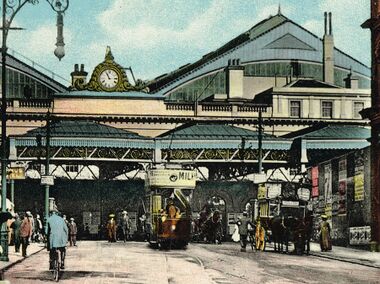 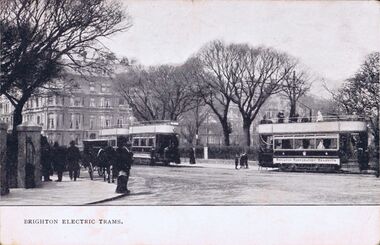 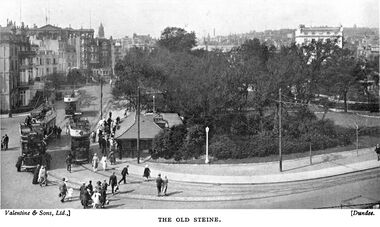 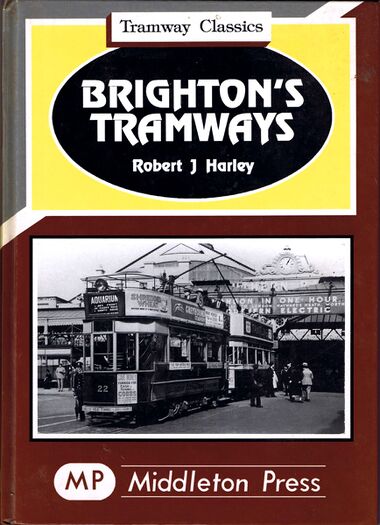 Brighton's Trams and Trolleybuses ran from 1901 to 1939, with the first tram running in 1901 and the system basically being completed by 1904.

Brighton Corporation Tramways ("BCT") ran the system, and had a headquarters/depot on Lewes Road, a red and cream horizontal-striped two-storey brick building with a small clock above the main facade (with a "civic" feel about it, like a tiny town hall, or perhaps a library) opposite a piece of open land. The building was repurposed slightly as a bus depot, and is apparently now earmarked for development for student housing.

A couple of the original tram shelters can still be seen, by the Pavilion, near/on Old Steine. Although there's no real functional difference between these and modern bus shelters, the tram stops are rather more stylish and expensive-looking, cream-coloured with curved jutting art deco roof-ends, semicircular windbreaks at the ends, and rectangular panelled windows – somebody seems to have decided that waiting for a tram ought to be a pleasant architectural part of the day's experience.

Other than the main building and the last few tram shelters, the other main survivor of Brighton's tram period is Tram 53, the one and only surviving Brighton tram (a "Class F", and one of the last to be built). This was discovered in a shed on a pig farm, but has been undergoing renovation and repair by the Brighton Tram 53 Society, which was formed in 2010.

The toy museum has a small scratchbuilt model on display in its lobby of Tram 52, which is also a Type F.