A scratchbuilt model of a white Falcon Works -produced trailer tram from around the ~1890s.

The tram is white with grey roofing, and has a curved set of steps at each end, leading up to a covered upper deck. Company markings are Brighton District Tramways Co., Hove...Shoreham, and the tram is marked 2. 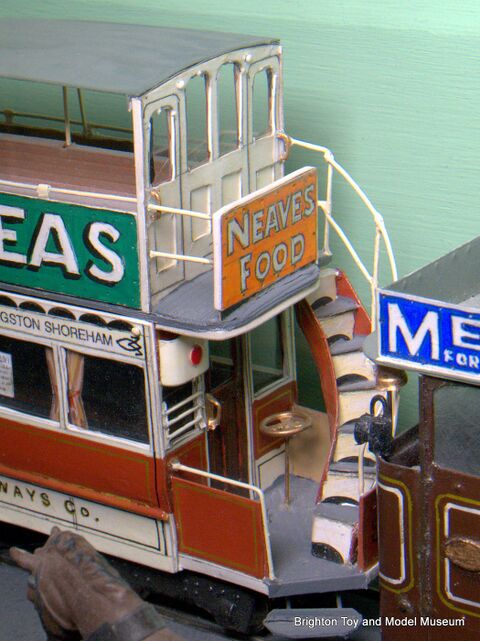 The main period advertising on the sides is a white-on-green advert for Lipton's Teas, and there's also a white-on-orange advert for Neaves Food at the end.