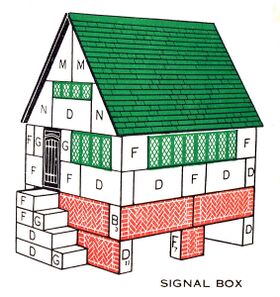 An earlier attempt at a similar signal cabin design for Lott's Tudor Blocks ... since a "Tudor" signal cabin with leaded windows would not have been exactly authentic, the Lodomo sets were a big advantage for modern buildings [image info] 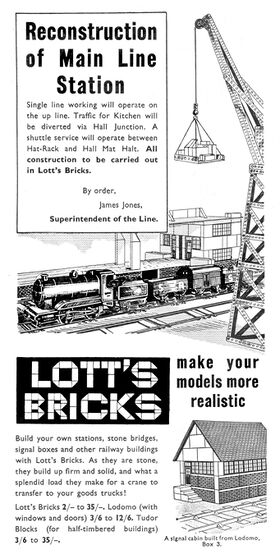 The building has cabinet ID key "4a"). 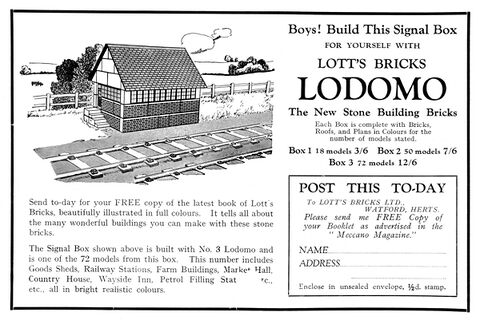 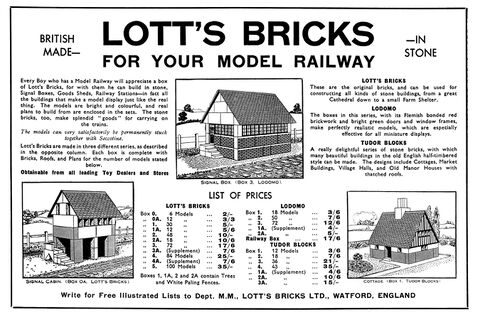