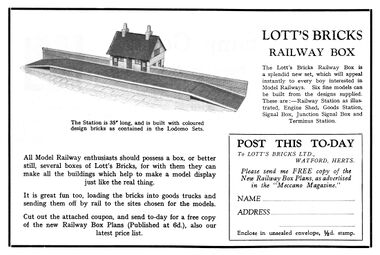 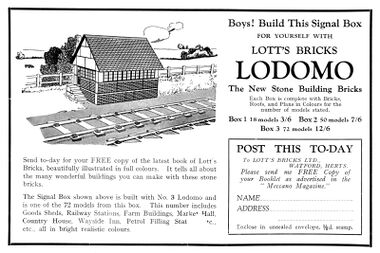 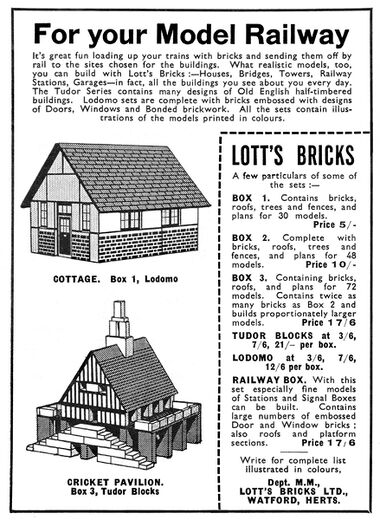 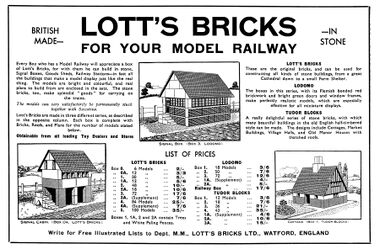 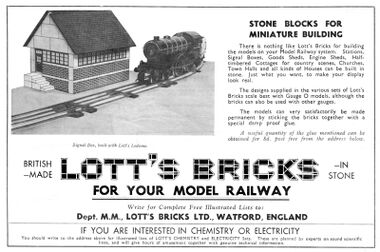 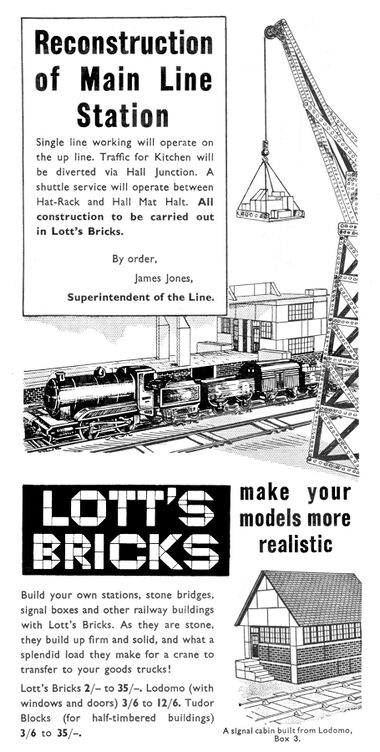 In the 1930s, Lott's capitalised on the fact that their buildings were scaled to gauge 0, and promoted Lott's Bricks as a way of constructing lineside buildings for model railways.

Initially, this resulted in some slightly "ahistorical" designs using Lott's Tudor Blocks to, which produced "Tudor" design railway stations (The Tudors were not especially well known for designing railway buildings!), but after Lott's produced the Lodomo range, with brickwork-effect surfaces, it suddenly became easier to use Lott's Bricks to assemble workable railway signal boxes, halts and railway stations.

When it became obvious that 00-gauge was going to supplant gauge 0 as the most popular model railway scale, Lott's tried to "move with the times" by producing a system scaled for 00-gauge, where a single brick represented the entire wall of a building, but the play value associated with putting together such simple buildings was necessarily more limited. 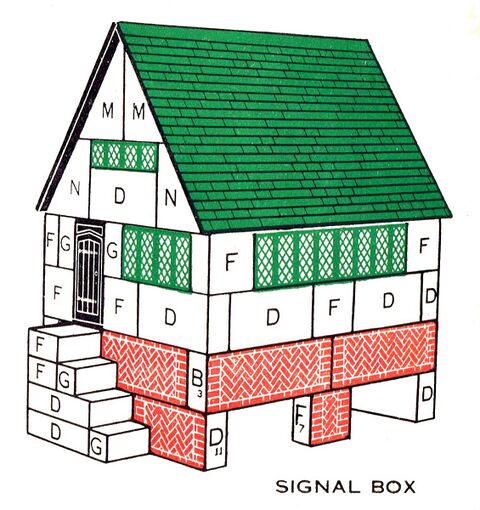 Lott's Bricks manual, design for a Signal Box. We're not sure how many real signal boxes had diamond-pane leaded windows ... but the subsequent appearance of Lodomo allowed more authentic detailing. 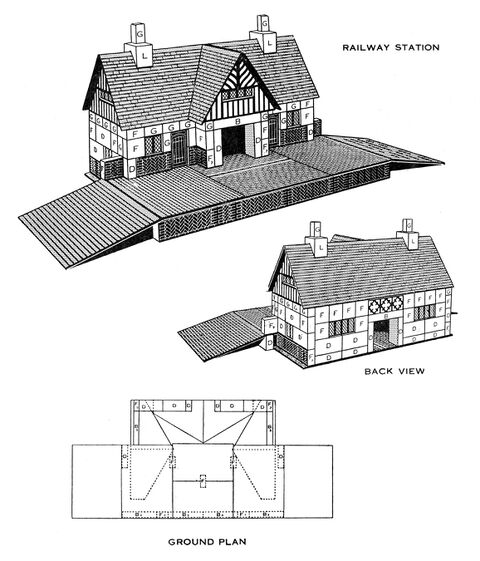