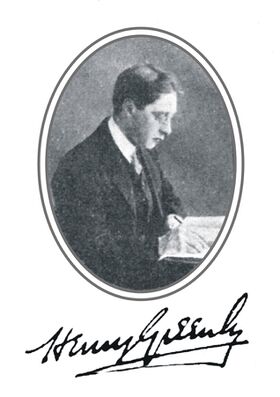 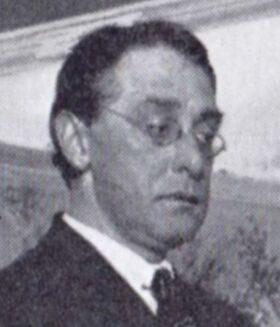 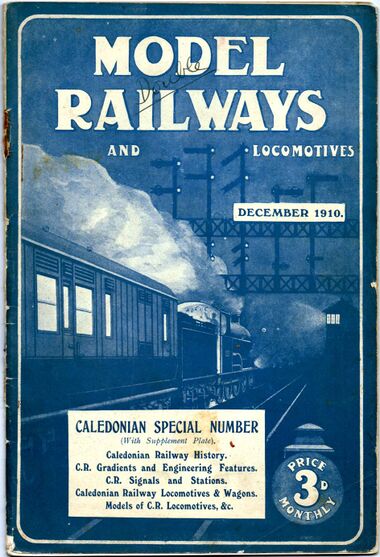 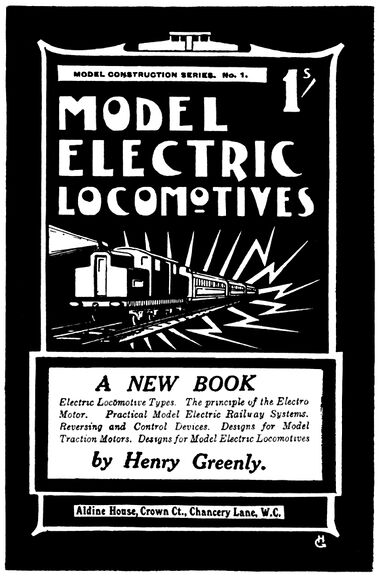 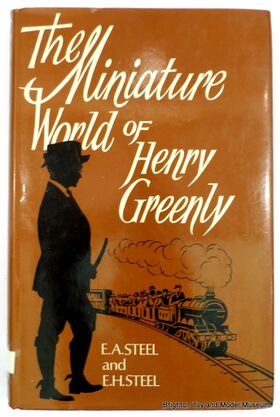 Henry Greenly (1876 – 1947) was a talented and acclaimed engineer and designer of miniature steam locomotives.

He met W.J. Bassett-Lowke in around 1900, and the two became good friends, with Greenly even making a trip to the continent to meet up with French and German model manufacturers on W.J.'s behalf when Wenham found that he was unable to go himself.

Greenly and W.J. together founded Model Railways and Locomotives magazine in 1909, and Greenly's designs and plans were a noticeable feature of the Bassett-Lowke company's engineering catalogues.

As well as working with Bassett-Lowke (who had a Garden Railway range in several gauges that benefited from Greenly's engineering prowess) and other companies (and having his own engineering company in Hounslow), Greenly is supposed to have had a hand in designing some of the early Stuart Turner steam engines, and was locomotive designer and Chief Engineer on the Romney, Hythe and Dymchurch Railway.

He was also a prolific author, writing a range of books on model railways and model engineering, and substantial numbers of articles for model railway magazines.

The young Greenly absorbed information about railways and model railways at such a rate that he quickly became an expert on a par with much older and more experienced people. Part of this aspect of Greenly's personality was a tenacious attention to facts and details, that perhaps sometimes went a little too far.

In an exchange of letters in The Engineer that included Greenly, a feud erupted between a number of "railwaymen" over the exact number of locomotives on the GWR that had had ten-foot wheels, with both sides citing apparently impeccable sources and impugning the other's intelligence and integrity (with, as a sidebar, a further dispute over locomotives with gears). During both sides' mission to prove the other wrong, it gradually began to emerge that the reason why their respective sources didn't have reliable recall of the facts was perhaps that the people concerned considered the details to be transient and trivial. Had a certain loco ever been briefly tried out with ten-footer wheels? Maybe, maybe not. Who cared?

In another letters-page disagreement (in Model Engineer), a dispute between Greenly and L. Lawrence as to whether model and small-scale locomotives that were spirit-fired could be as good as those that burned real coal, the argument ended up with both sides being challenged to a competition (after which, hopefully, they'd shut up about the subject). Since Bassett-Lowke made spirit-fired engines, the company's team built a special loco, Challenger, to be trialled at the 1924 Model Engineer Exhibition. Pitting his opponent's existing home-built coal-fired loco against the best new, customised engine that B-L's team could create was obviously not a fair test, but it did create some useful publicity for the company. 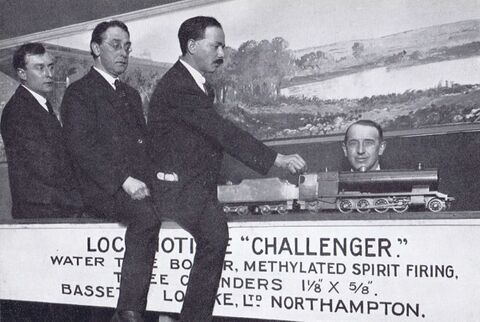 Henry Greenly on the back of the "Challenger" spirit-fired locomotive, 1924 Model Engineer Exhibition, Royal Horticultural Hall. Greenly (who favoured spirit-firing for small locomotives) and another correspondent (who preferred coal-fired locos) had been challenged to compare examples of the two types, in public.
W.J., with only his head visible on the right of the photo, appears to be enjoying the proceedings more than Greenly

Given that W.J. Bassett-Lowke was reputed to hate being contradicted (and was supposed to have an occasional way of manipulating people that appeared totally out of character with his usual genial "Uncle Whynne" persona), it was perhaps only a matter of time before the two friends fell out in a way that couldn't be retrieved. There had been some tensions before over WJ's habit of making himself the public face of projects that involved other people, and Greenly had complained before about not being properly credited for his work, but these gripes had been addressed by giving him larger credits in a later issues, and tensions over creative control and accreditation in the "Model Railway Handbook" and "Model Railways and Locomotives" magazine seemed to resolve themselves by WJ listing himself on the cover of "the book" in a way that suggested he was sole author, and Greenly increasingly taking over "the magazine" as its official editor.

However, shortly before WW2, Greenly wrote a letter to WJ complaining that another B-L associate (Frederick James Camm) had produced some drawings for B-L that seemed to be copied from Greenly's work, without credit. Camm had a prodigious output of articles, books, and magazines, and it seems that somewhere in this torrent of material, the Greenly drawing had ended up being included as Camm's. As editor of a number of magazines, some of which (such as Practical Mechanics) were arguably in competition with Greenly's (e.g. Everyday Science), Camm's reputation as an editor was critical to his career, and he wasn't going to allow rumours that he was stealing the work of his rivals.

When WJ showed Greenly's letter to Camm, Camm took possession of it and sued Greenly for defamation, with the letter cited as physical evidence. Unlike WJ (whose interest over the years had been building up a profitable business), Greenly apparently didn't have much in the way of savings, and the threat of a court case that he was advised he'd lose drove him to declare bankruptcy. Since WJ's apparently-malicious meddling resulted in his good friend Greenly being left penniless, this seemed to pretty much mark the end of their working relationship.

"Greenly" books listed in the 1924 Bassett-Lowke "Catalogue B":