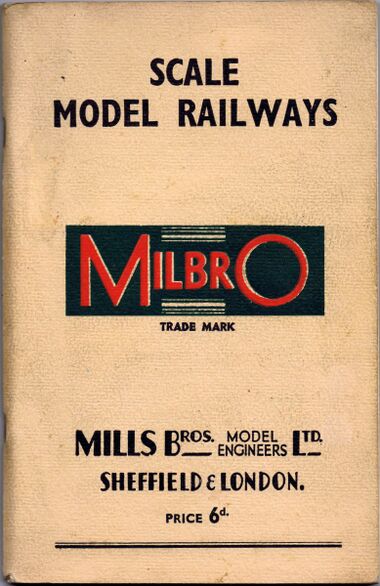 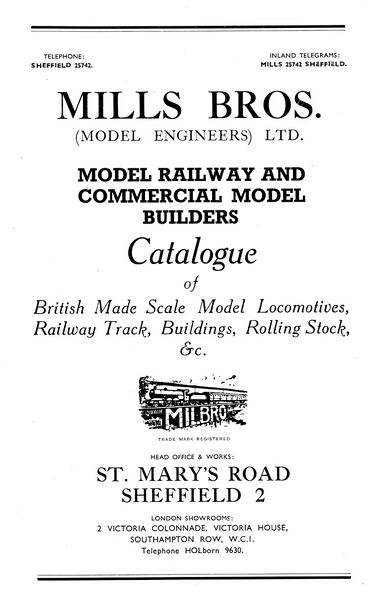 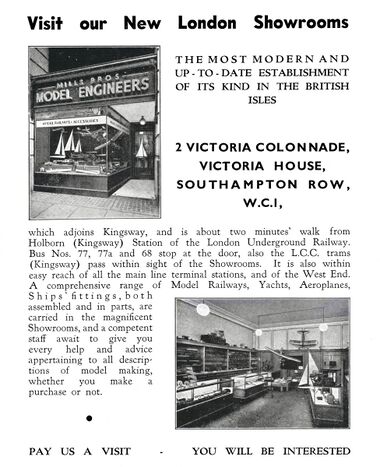 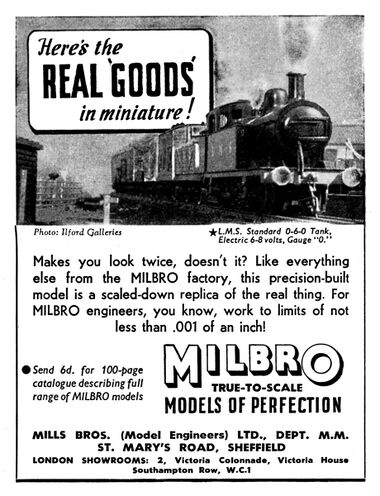 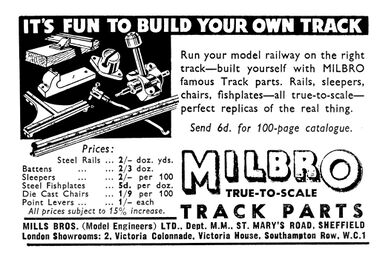 Milbro was the trademark of Mills Bros Model Engineers Ltd. of Sheffield and London.

Founded in (1919?), by brothers Frank Samulel Mills and William Henry George Mills, Milbro produced gauge 0 model locomotives, rolling stock, track and points (including some quite complex points systems), and also sold station buildings, signalling and other accessories. Like Bassett-Lowke, they also sold their specialised components (such as bogies and loco parts) separately, and could make up special locomotives to order.

For many collectors, one of the mosre distinctive features of the Milbro range was their wooden passenger carriages, which allowed the recreation of LNER teak-finished carriages in real varnished wood, rather than a faux-wood effect.

The profusion of Milbro parts and their promotion to the hobby builder market means that it’s not always obvious whether a carriage that seems to be a Milbro car really is a 100% Milbro-manufactured piece, or is a home-assembled piece made using Milbro parts to Milbro instructions, or is a more “freestyle” homebuild piece using a combination of Milbro and non-Milbro components.

Milbro's adverts tended to fixate on individual items, and could sometimes give the impression that the company was a very small operation with quite a restricted product range - however, by the late 1930s, their catalogue (cost 6d) was 104 pages thick, and had an introduction by J.N. Maskelyne, editor of "Model Railway News". 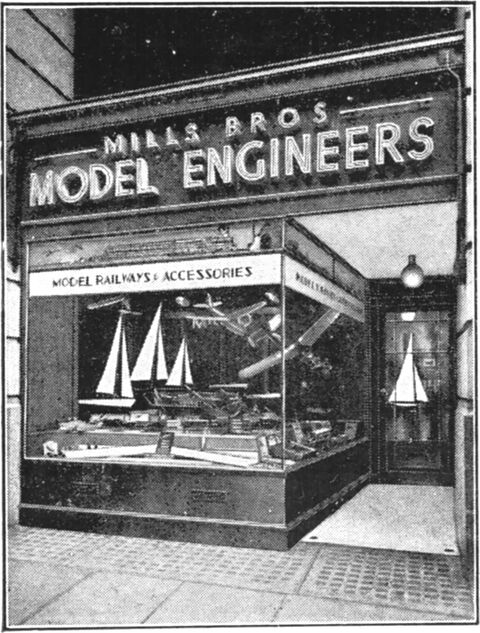 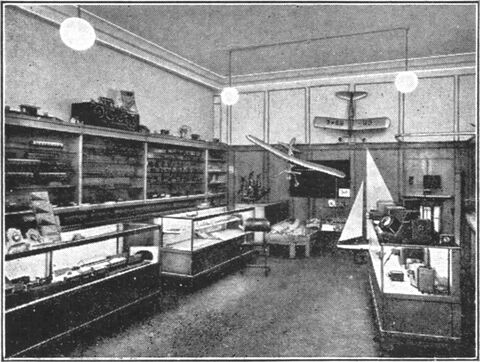 Confusingly, Milbro was also the company name and brandname of Millard Brothers, a completely separate company making metal tools. Milbro (Millard Bros) started producing the Diana air rifle, and moving into sporting goods (darts, roller skates, reels for fishing rods) and even the occasional model sailing boat, and this meant that their advertising (especially for the Milbro air rifles) sometimes appeared in some of the same publications as Milbro (Mills Brothers).